CommTank was able to help Common Earth Farms in Bedford, NH recently by removing two unused 275-gallon oil tanks, a boiler, and the steam pipe that once heated the original greenhouses. Common Earth Farm is a non-profit community driven project that provides farm land and resources to refugees that had once farmed in their former countries. The farmers now raise crops and earn money to feed their families and provide for them. The greenhouses, which the farmers work in during the winter, produced 70,000 plants last year. The farmers then plant the seedlings in a community garden and sell the remainder to nurseries and the public.

Dan Hoag of CommTank, a resident of Bedford, has been purchasing seedlings at the Common Earth Farm for that past 3 years. When Gail Prince, the owner of the farm, told Dan about the abandoned oil tanks and boiler, he offered CommTank’s removal service at no charge. “Having the opportunity to give back to an organization like Common Earth Farm that provides fresh produce to low income families is so rewarding”, said Dan. “It’s a tight knit neighborhood here in Bedford and I like that multiple families contribute their land to this effort.”

CommTank field technicians, Michael and Juan, pumped out the remaining oil and sludge and cut the oil tanks in half for transport to be recycled. The boiler was constructed of five sections and two of them could be carried whole on to the truck. The other sections had to be broken into smaller and more manageable pieces, before being carried to the truck's lift gate. The steam pipe was cut into six foot lengths and removed through the green house doors. Kevin Hoag, CommTank’s president and owner, supervised the project and made sure all sections of the heating system were removed properly. Kevin also inspected Gail’s home heating system and found that it was outdated and at risk of corroding. This isn’t unusual for an old farmhouse. To make sure Gail stays warm and safe during the heating season, Kevin promised to upgrade her oil storage tank to a Roth double-wall polypropylene tank and replace the old exposed fuel lines to insulated copper lines.

More Space for the Farmers Market

The farmers were on hand to watch the oil tank and boiler removal and cheered when both of these relics from the 70’s were cut up and loaded onto CommTank’s truck. Now that the two oil tanks and boiler are gone, Gail can provide more indoor space for the farmers to store farm tools and supplies. The second greenhouse space houses the farmers market; open every day from 10am to 7pm. Local residents can stop in to purchase the latest crop that is picked in the gardens. Having more indoor space means the farmers can add more cool storage and refrigerators so that their crops will keep longer. There aren’t many nonprofit organizations that do so much for so many. Not only do the farmers benefit from having access to the land, seeds, water, they are able to pass on their knowledge of farming to their children, grandchildren and student volunteers from surrounding communities. It’s a skill you can’t learn through other charitable organizations. When you support the farm, you feel like you are making a difference. Everything is grown from non-GMO seed, and is grown organically. In addition to local favorites, the farmers grow crops familiar to them, from African eggplant to bitter melon to green and red mustard. Whether you buy fresh produce at the farmers market, vegetable seedlings, or donate your time, it’s a great organization to contribute to. 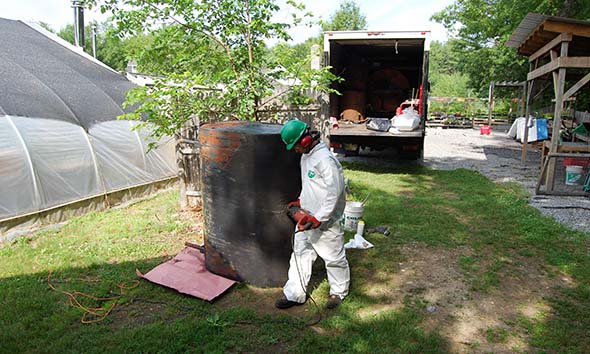 How to Support the Farmers

The farmers at Common Earth Farm may speak different languages but they know farming and that is their common bond. The farmers produce tomatoes, peppers, potatoes, lettuce, kale and other vegetables. The reward for participating in this project is the knowledge that these farmers and their families can become self-sufficient and create a diverse farming population in New Hampshire. In addition to the farm stand at 64 Jenkins Road in Bedford, Common Earth Farm products are also available at the Manchester Farmers Market. The Farmers Market is held every Thursday (rain or shine) from 3:00 p.m. to 6:30 p.m. Thursday, June 18, 2015 through Thursday, October 20, 2015 on Concord Street, Manchester, NH (Next to Victory Park). 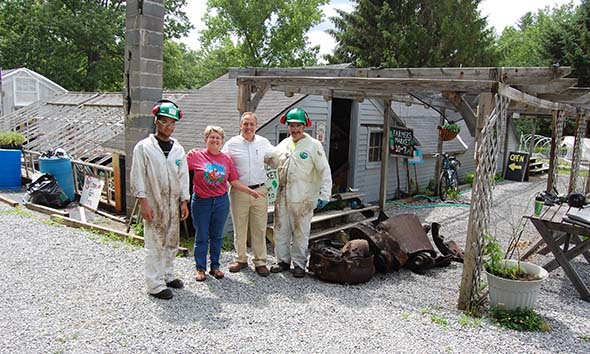 More information about the Common Earth Farm can be found on their Facebook page.