A recent fire in Baytown Texas was caused by a lightning strike on an oil storage tank. Heavy rains and storms moved through the area on Wednesday, September 17th. The business was located on Evergreen Road but caused Highway 146 to close in both directions because of heavy smoke. At 1pm an oil storage tank was struck by lightning and a second tank caught fire after the first tank exploded and leaked fuel. Two propane tanks were seen in the air after additional explosions occurred. No one on site was injured in the explosion and the leak was considered minimal because the fire burned off most of the fuel.

Lightning is the leading known cause of fires in steel tanks. Approximately one third of aboveground tank fires can be attributed to lightning strikes. With the frequency of violent weather on the rise, it is expected that lightning strikes will increase by 15% during each summer season. Lightning is not only a risk to the fuel stored inside tanks but the electronics that are connected to them. 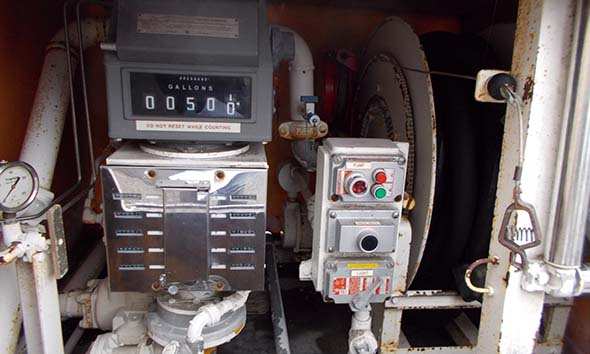 It is important to bond and ground fuel dispensing equipment to minimize the risk of lightning strikes. Lightning may be the ignition source of tank explosions, but it is not the cause in most cases. The accumulation of a static charge occurs because a steel or fiberglass tank is not grounded properly. A charge will accumulate on tank and piping faster than it will dissipate because of the shape of these surfaces. Lightning will create ground arcs because of the difference in potential on the surface of the earth beneath the cloud. Static discharge forms an inrush of ambient ground charge toward the point of a lightning strike, but it is the arc across a gap that will ignite fuel vapor.

To prevent the buildup of static all equipment on site must be properly grounded so that they are at the same potential. Tanks, piping, electrical equipment and delivery vehicles must be grounded to prevent the buildup of static and the possibility of arcing. This is especially important at the dispensing hose and nozzle because fuel passing through a hose creates static electricity. All dispensing equipment including pumps, hoses and nozzles must be Underwriters Laboratories (UL) listed for the intended usage. This UL listing ensures that the hose and nozzle are designed to provide a continuous bond from shore side equipment to the tank being filled, which allows static electricity to flow to ground. National Fire Protection Association (NFPA) guidelines require grounding when dispensing fuel and OSHA regulations require that truck drivers allow sufficient time for static electricity to dissipate. 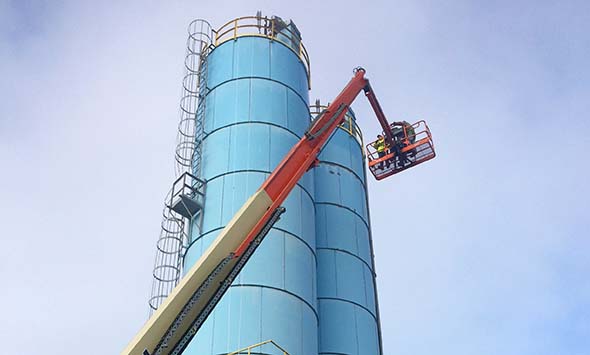 Floating Roof Tanks (FRTs) are especially vulnerable to lightning strikes. Fires in FRTs are typically started because of arcing between the floating roof and the tank shell. API RP 545 ‘Recommended Practice for Lightning Protection of Aboveground Storage Tanks for Flammable and Combustible Liquids’ recommends three modifications to FRTs:

1) Install submerged shunts between the roof and shell every 3 meters around the roof perimeter, and remove any existing above-seal shunts.

2) Electrically insulate all seal assembly components (including springs, scissor assemblies, seal membranes, etc.) and all gauge and guide poles, from the tank roof.

According to API Recommended Practice 545, a tank is considered adequately grounded if the tank bottom is resting on the ground or foundation. This applies whether or not there is an elastomeric liner in or under the tank bottom. Ignition cannot occur unless flammable vapors are present together with an oxygen concentration that places those vapors within the flammable range. Four areas of fire vulnerability for Floating Roof Tanks include:

1) Flammable vapors which are exposed by a failed floating roof

3) Failing seals, lack of buoyancy, and other damage to the floating deck

4) Venting other than as required by API 650, Appendix H.

Gas and oil storage aren’t the only products stored in above ground tanks that are at risk of lightning strikes. Chemicals such as benzene, toluene and xylene are found naturally in crude oil but are used in common products such as paints, rubber, adhesives, plastic bottles and clothing. Storage tanks with fixed cone roofs are available in designs that prevent explosions. A weak seam built into the top allows the roof to lift out of the way during overpressure. This design allows fire departments to access the fire at the fuel surface. With easy access, fireman can suppress the flames with a foam spray application. Maintenance errors are the primary cause of fires in cone and fixed roof tanks. Poor grounding and liquid leaks provide the vapor/oxygen mix that a lightning strike will ignite. Routine tank inspections are recommended to verify proper operation of venting equipment, overfill prevention and leak detection systems.

Preventing a lightning strike may be impossible but taking steps to mitigate the risk is good insurance. If your aboveground storage tank is installed using national standards such as API, STI, NFPA and UL the risk of damage caused by natural disasters will be greatly reduced.