The Environmental Defense Fund (EDF), Google Earth Outreach and researchers at Colorado State University (CSU) recently developed a new method to locate and estimate the climate impact of methane leaks. Utility companies monitor their distribution piping systems for methane leaks but their main goal for doing this is safety. The goal of EDF and Google Earth Outreach’s program is to map the location and measure the climate impact of a leak. In order to accomplish this, Google’s data mapping vehicles were outfitted with new mobile sensors, which detect methane. The methane analyzers used in these vehicles are accurate to concentrations of 0.02ppm. EDF and CSU carefully select survey areas to ensure that a representative sample of a city’s local distribution system is charted. The study areas traveled by these vehicles are double checked to ensure accuracy and confirm the persistence of elevated methane readings. 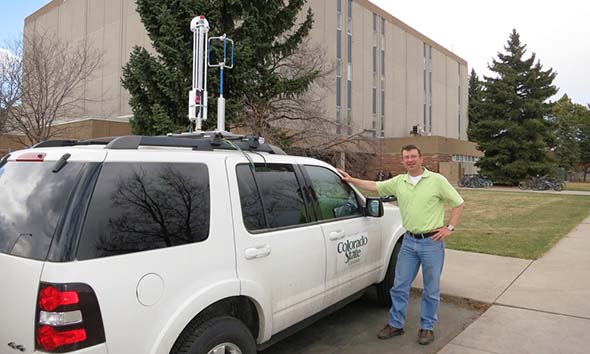 Boston is one of the nation’s original major cities and more than half of the gas pipelines are older than 50 years. Cast iron and other leak prone materials make up nearly 45% of the piping system. Readings found during the EDF survey showed an average of one leak for every mile that was driven. Compared to Burlington Vermont, which is a smaller system and more recently built, the average leak rate was one for every 10 miles driven. Why should you be concerned about Methane releases? Methane emissions create about 25% of the manmade global warming we are dealing with today. It is also devastating to the environment because it is 84 times more potent than carbon dioxide in absorbing heat. The Google and EDF team have mapped more than 20,000 leaks across Massachusetts with the oldest being reported near Fenway Park in 1985. Surprisingly, gas suppliers have little incentive to fix leaks, because the cost of lost gas is passed on to customers. Unless a leak is potentially explosive, utilities are not mandated to repair a leak. 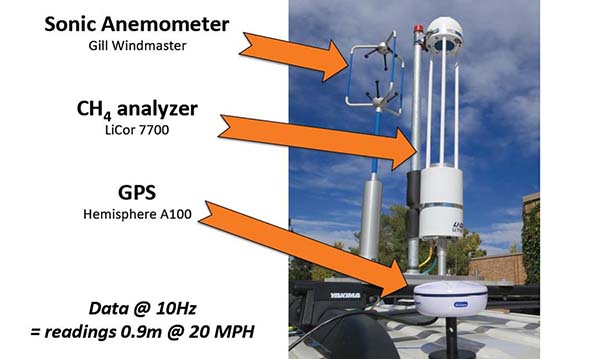 Massachusetts utility companies reported on the location of natural gas leaks for the first time in 2015. The data from Columbia Gas, Eversource, and National Grid was compiled by the Home Energy Efficiency Team to create maps of the leaks in each Massachusetts city or town. You can search these maps to see if your home, school or business has any local gas leaks.

Natural gas suppliers agree that reducing greenhouse gas emissions is an important step in preserving the environment. For the climate equation both CO2 and methane emissions matter. Unfortunately, gas suppliers don’t take credit for their part in producing greenhouse gases. Safeguarding our planet isn’t just about lowering your carbon footprint. It’s about understanding the causes of global warming. A methane leak, which includes the entire natural gas lifecycle from fracking to combustion, is part of the equation. According to a Home Energy Efficiency Team (HEET) report, over $3 million dollars of a gas ratepayers’ money is wasted in the cities of Somerville and Cambridge. This lost natural gas (over 780 leaks), does more harm to the climate than all the cars driven in those two cities, and damaged or killed more than 225 city trees. Methane also contributes to the growing global background concentration of tropospheric ozone (O3), an air pollutant associated with premature mortality. By making this information more easily available, gas companies, the public and government officials can better tackle the problem of how to fix leaks and infrastructure more rapidly and more permanently.