Protecting our drinking water supply is a big concern for state agencies across the country. The task of cleaning up after leaking underground storage tanks (LUSTs) is expensive and the process can be lengthy. Leaking gasoline tanks represent a significant public health hazard because nearly half of all Americans depend on groundwater for their drinking water.  Gasoline leaks have created large amounts of groundwater contamination due to faulty installation, operation and corrosion of steel tanks. How much gasoline does it take to contaminate drinking water?  Not much. Gasoline is the most common contaminant that leaks from underground tanks and the following components are the most typical found at a contaminated site. Benzene, toluene, ethyl benzene, and xylenes together are referred to as the BTEX compounds.  The EPA's Maximum Contaminant Level (MCL) for benzene is 5 parts per billion (ppb), or 5 micrograms per liter, in drinking water.  The density of gasoline is about 0.8 grams per milliliter, so the benzene in a 10 gallon gasoline leak can contaminate about 46 million liters, or 12 million gallons, of water.  Methyl tertiary butyl ether (MTBE) was an additive used to increase the oxygen content of gasoline to improve air quality. Its use as an additive in gasoline was discontinued in 2005. At concentrations as low as 20 parts per billion (ppb), MTBE makes drinking water unfit for human consumption because of taste and odor and is classified as a human carcinogen. 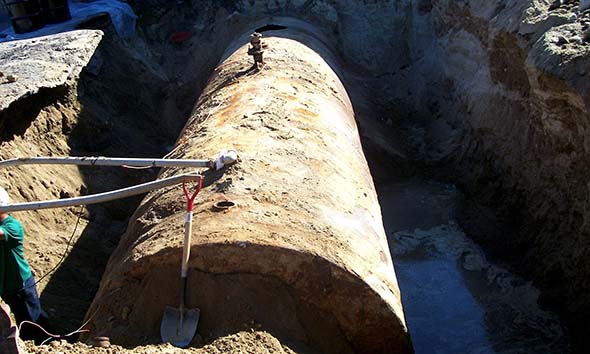 The state of Pennsylvania recently sued big oil companies so they could recover the costs of cleaning after MTBE contamination.  Fifty-Two defendants, including BP, Shell, Exxon Mobil, Chevron and ConocoPhillips were named in the lawsuits over the MTBE-related spills. The state of Pennsylvania claims these companies knew the underground tanks were leaking.  According to investigators, MTBE was found in groundwater across the state.  Many of the 73 leaks occurred over the last 20 years and cost the state of Pennsylvania hundreds of millions of dollars. The precedence for such lawsuits occurred in New Hampshire and New York. Exxon Mobile lost a case and was ordered to pay $236 million to clean up MTBE-related spills in New Hampshire, and the Supreme Court upheld a similar verdict in New York. Vermont also sued many of the same companies this month. 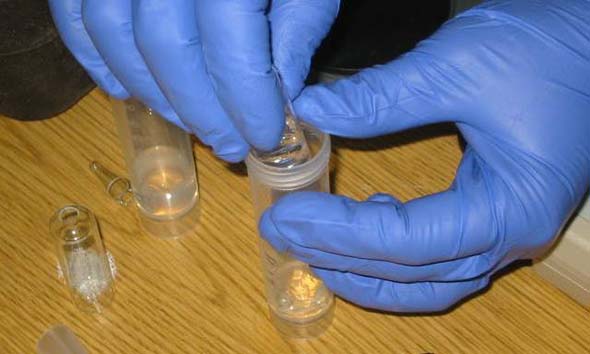 In order to avoid spills many states are providing protection of their water resources and economic health by setting deadlines for permanently closing single-wall underground tanks. Massachusetts has proposed that all single-wall steel underground tanks be removed by August 7, 2017, but the final changes to the regulations (310 CMR 80.00) have yet to be finalized. New Hampshire has about 500 tank systems that need upgrading and the state has mandated that these tanks achieve compliance by December 22, 2015 (per Env-Or 401). Rhode Island chose December 22, 2017 as the deadline for removing single-walled underground storage tanks but it applies only to tanks and/or piping installed prior to May 8, 1985. For newer single-walled tanks and/or piping, they must be permanently closed within thirty-two (32) years of the date of installation (if installed between May 8, 1985 and July 20, 1992). Single-wall tank system should be closed no later than January 1, 2016 in Vermont. Maine has chosen to allow single-wall underground tanks if they have consistent, conclusive, and passing in-tank leak test results generated from electronic monitoring systems that are documented weekly. A single-wall underground tank must be closed in Maine when the manufacturer warranty is reached (generally 30 years). 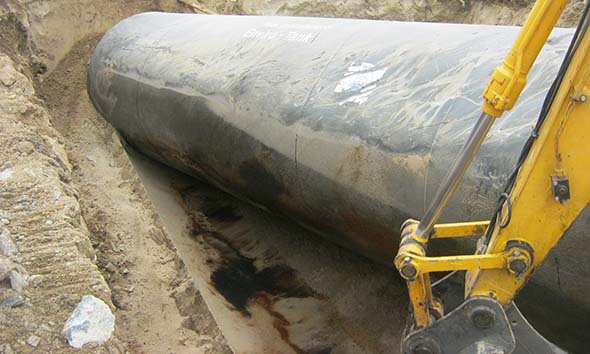 Many Americans aren’t aware of underground tanks that may be storing fuel or hazardous material in their area. Besides the local gasoline station where you refill your car, there are many other properties that have underground storage tanks. Your local police and fire department, town or city offices, hospitals, airports, golf courses and marinas are a few examples of locations where underground tanks may be located. According to EPA records there are 25,585 underground storage tanks that in use currently in the New England area. If you then look at the percentage of drinking water wells in New England you can see how important it is to protect our groundwater. Vermont leads the New England states with up to 70% of residences that rely on groundwater wells for their drinking water. New Hampshire and Massachusetts come in second with 50%. Maine is third with 30% and Rhode Island is last with 19%. Upgrading single wall underground tanks not only protects your drinking water but your property and your neighbors. If all underground tank systems (the tank and associated piping) were upgraded to double wall with leak monitoring then fuel leaks and groundwater contamination would be a thing of the past.

The following are links to the related laws for each state: