Tanks have been used by humans to store liquids for centuries. The origin of the word ‘tank’ can be traced back to a bronze-age civilization in India called the Indus Valley Civilization (3000–1500 BC).  The term is used to describe reservoirs (artificial lakes and ponds), and for manufactured containers. Storage tanks are available in many shapes: vertical and horizontal cylindrical; open top and closed top; flat bottom, cone bottom, slope bottom and dish bottom.  Since the discovery of oil in 1859 the technology for storing liquids has changed dramatically. Wood barrels were replaced by riveted steel tanks and eventually welded steel tanks.

The Industrial Revolution marked a major turning point in how tanks were built. Hand production methods were converted to machines. Craftsmen originally told suppliers what they needed to make a storage tank based on their experience with certain materials but manufacturers ran into quality problems when they attempted to use this model. To solve this problem a manufacturer would write a detailed specification for the steel they needed. Since each manufacturer produced a different specification the end product would vary from each.  Charles Dudley, who worked for the Pennsylvania Railroad, was the first to analyze the durability of different types of steel. He studied the mild steel and hard steel used to manufacture rails and discovered that mild steel produced a longer-lasting rail. Dudley concluded that “a good specification needs both the knowledge of the product’s behavior during manufacture and knowledge of those who know its behavior while in service.” His work facilitated the founding of the American Society for Testing and Materials (ASTM) organization in 1898 which was committed to producing standards by which steel is manufactured. 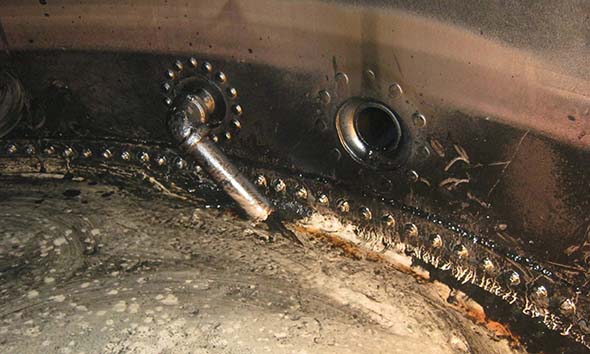 Codes were developed in the 1st quarter of the 20th century to ensure proper construction and testing of steel tanks and technical committees were formed. The National Board of Fire Underwriters published NBFU 30 in 1904 which provided protection to firefighters and the public by creating standard methods of construction. This would become the NFPA 30 code that was published in 1957. A group of steel tank manufacturers formed the Steel Tank Institute in 1916 followed by the creation of a third party testing laboratory called the Underwriters Laboratory (UL).  The NFPA code cites various construction standards written by UL and STI, among other groups, as acceptable construction practices. In 1922, UL unveiled its first atmospheric aboveground steel storage tank standard, UL 142 (Steel Aboveground Tanks for Flammable and Combustible Liquids).

With the continuous demand for more petroleum products, the companies that installed tanks created their own associations. The American Petroleum Institute was formed in 1919 and the Petroleum Equipment Institute (PEI) was created in 1951. Both groups have developed several important tank system standards and guidelines that are widely respected in many countries. 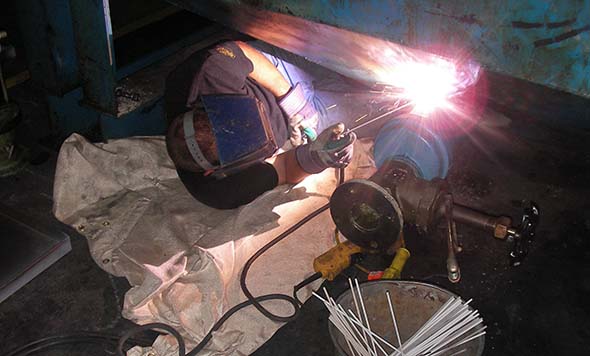 In 1943 eleven corrosion engineers from the pipeline industry formed the National Association of Corrosion Engineers (NACE) which focused on cathodic protection to address metal pipeline degradation. The widespread use of corrosion control to protect pipelines raised concerns about damage to adjacent buildings. These engineers established standard procedures for installing and maintaining cathodic protection systems. As they expanded their focus into oil and gas production they established other methods of corrosion control such as protective coatings and linings, chemical treatment, and materials selection and design.

Tanks buried underground increased in popularity as urban areas began to grow, and the need to preserve real estate was paramount.  From a public-safety perspective, underground storage tanks (USTs) eliminated concerns about vehicle collisions or other damage that could result in spilled fuel, however, they created new and unforeseen issues as well. Early steel tanks were placed in the ground with just a lead primer paint coating them. While this paint was sufficient for protecting above ground tanks, it did little to stop corrosion in underground tanks. Initially the loss of inventory was the primary concern when underground tanks leaked, but as damage to the environment was more clearly understood; negative environmental impacts became the important issue. Early attempts to protect tanks included the use of galvanized steel, plastic coatings, thick fiberglass reinforced coatings, and galvanic anodes in conjunction with coal tar epoxy coatings. Production of double-walled tanks was increasingly common in the 1980’s as American manufacturers discovered new techniques developed by German engineers. New mechanical and electrical technology provided ways to detect leaks between the 2 walls of the double-wall tank and with the development of continuous monitoring equipment tank owners were provided immediate notification of a leak in the primary tank wall. 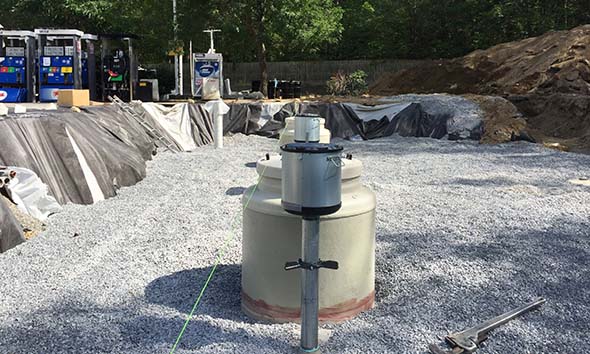 In 1985, U.S. Environmental Protection Agency (EPA) created the Office of Underground Storage Tanks. Its mission is to carry out a Congressional mandate to develop and implement a regulatory program for underground storage tank systems. EPA's regulations concerning USTs are divided into three sections: technical requirements, financial responsibility requirements, and state program approval objectives. Preventing and cleaning up releases are the two primary goals of the program. The Federal underground storage tank regulations require that industry codes and standards be followed to ensure that the UST system is properly designed, constructed, installed, and maintained.  Each state implements their own version of the program as long as it meets Federal standards.  New Hampshire was granted state program approval in 1991 and Massachusetts received approval in 1995. The EPA collects data from each state to check that they are meeting the performance goals of the program. Reports from each state include data such as the number of facilities in compliance with UST requirements, releases reported and the number of active and closed tanks. An example of a variation of program implementation would be the underground tank closure-in-place laws. While Maine may allow a homeowner to abandon an empty underground tank in the ground, Massachusetts does not permit tanks to be closed-in-place unless its removal would cause structural damage to a building. 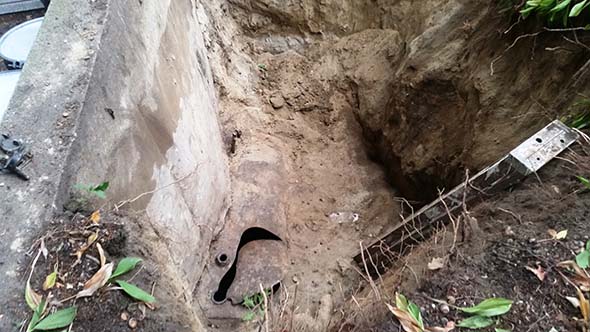 The EPA regulation’s impact has put many old single-wall tanks out of commission. It also changed the mix of aboveground tank and underground tank owners. But regardless of the need for above or below ground tank storage, secondary containment systems are here to stay. We’ve come a long way from wood barrels and riveted steel tanks but many significant changes in national codes are still being proposed.  UST systems improve every year and we look forward to the safety these new technologies provide.