The Importance of Secondary Fuel Sources 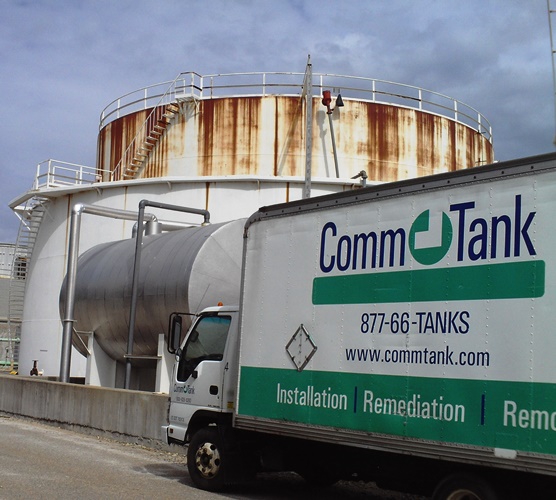 It may be rare that an electrical power plant is cut off from its primary fuel source but having a backup supply is important. The March 11, 2011 tsunami and earthquake at the Fukushima Daini Nuclear Power Plant is an example of worst case scenarios. After the tsunami hit, the Fukushima emergency diesel generators were offline due to flooding, so employees had to drag 2,000-pound cables over a distance of 9 kilometers to provide power to the seawater pumps needed to cool a failing reactor. Despite their heroic efforts the cooling problems eventually led to meltdowns in reactors 1, 2, and 3.

For a Northeast U.S. plant operator a tsunami hitting the coast is not likely to occur, but flow of natural gas, which is crucial to keeping the plants operating, is vulnerable to disruption during extreme weather events. A plant that is dual fuel-capable can switch from one fuel source to another to handle this disruption.

Ocean State Power, operated by TransCanada in Rhode Island, is powered by natural gas but recently added oil as a secondary fuel source to prepare for the scenario of a natural gas supply disruption. A leading energy infrastructure company in North America, TransCanada markets electricity across most of Canada and the northern tier of the United States. CommTank was hired to inspect a pair of one million gallon aboveground storage tanks at the Ocean State power generation facility. What started as a small project eventually became a substantial one.

The aboveground tanks were offline and awaiting inspection at the time of contact. TransCanada was currently using the tanks to provide water storage for the cooling towers connected to a steam turbine. Both these tanks were previously designed and operated as oil storage tanks when the facility was built. TransCanada planned to convert the tanks back to oil to provide a backup fuel source in case of a natural gas supply disruption. Before they converted the tanks, TransCanada management needed to assess their condition, and determine if upgrades or repairs were required. 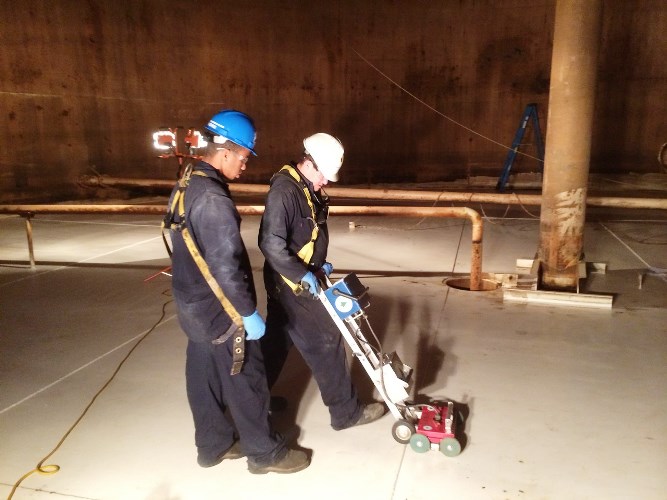 CommTank was brought in to perform tank inspections using a Magnetic Flux Leakage (MFL) scanner and Ultrasonic Test (UT) equipment. The MFL can scan large areas of steel quickly and provide and audio alarm when corrosion is encountered. The UT equipment measures the thickness of steel through coatings. When the MFL flagged a questionable area the UT equipment was used to measure each corroded area to determine how much steel was still present. The tanks were found to have pitting in the steel floor and on the tank walls. The UT thickness measurements showed a significant metal loss in the flagged areas with a remaining thickness of 0.225 inches. The nominal bottom plate thickness was .375 so the steel had lost .15 inches due to corrosion over the 25-year life span of the tank. The tank was also checked for level and deflection using a rotating laser and found to be within the maximum permitted by API 653. 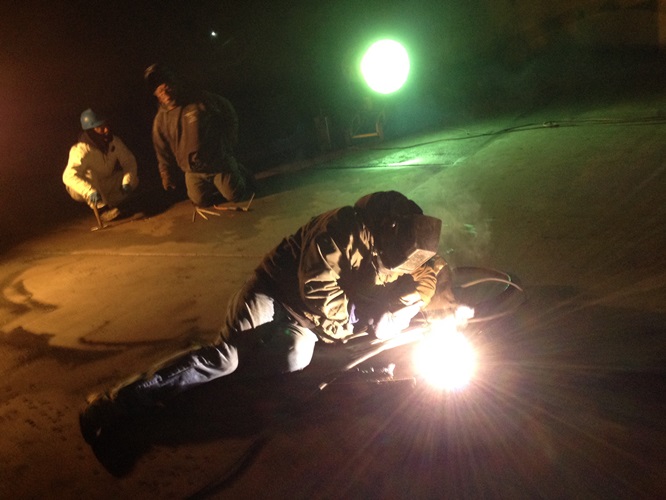 Tanks that store fuel typically do not need internal coatings because fossil fuels protect the tanks from exposure to water and prevent corrosion. The internal floor and roof of this tank was coated because water can accumulate in these areas, even when it is full of fuel. When the tank was converted to water storage it was never recoated to protect the tank walls from the corrosive nature of water. As a result, it caused increased rust formation.

Water storage tanks should be coated inside and out to provide protection from corrosion. Choosing the right coating is important because coatings are designed to withstand exposure to certain environmental conditions. For example, potable water tank coatings must contain low levels of volatile organic compounds so they won't leach chemicals into drinking water while still protecting the metal and adhering to the steel. New engineered coatings meet these criteria. A high solids coating and waterborne system will combat corrosion while meeting VOC regulations. 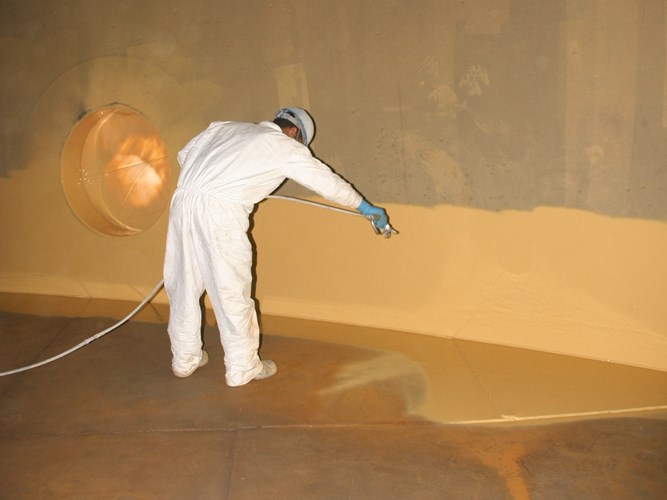 In the case of TransCanada's storage tanks, the new coating, polyamide epoxy, was chosen for its chemical resistance to fueloil. Polyamide epoxy is designed to protect steel and concrete in industrial exposures. CommTank was also contracted to repair and coat the tanks to meet the ASTM and SSPC standards for coating applications. New steel plates were welded to areas that had showed thinning and vacuum box testing was used to test the welds for leaks. The aboveground storage tanks and secondary containment enclosures were prepped by sandblasting to a near white metal and coated with an immersion grade epoxy primer. Each tank offered limited access in the form of man ways so all staging and equipment had to fit through 36" round openings. Exterior coatings were applied in four applications with the final two being acrylic polyurethanes. 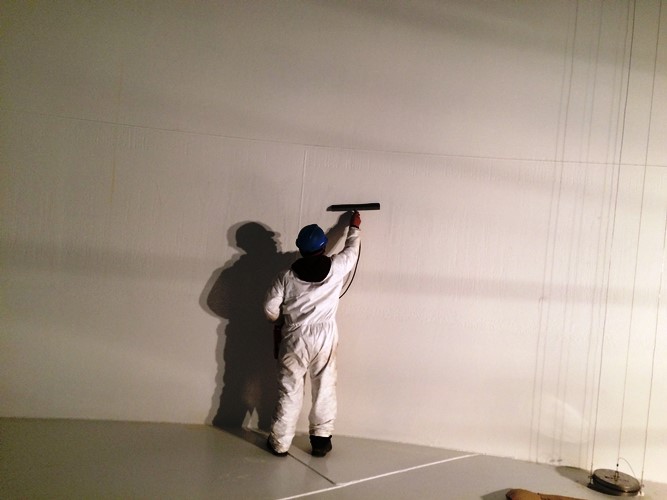 After all coatings cured CommTank performed holiday testing using a high-voltage detector in accordance with NACE RP-01-88. A properly applied lining should provide a service life of 10-to-20 years so it is critical to confirm that there are no thin or uncoated areas. When the testing was complete a Physical Engineer (PE) reviewed the final inspection report and certified that the tanks were fit for service.

For more information about aboveground fuel storage tanks inspections and repairs please see our tank inspection and tank coating pages or call 1-800-628-8260 and we'll gladly answer any questions you have.