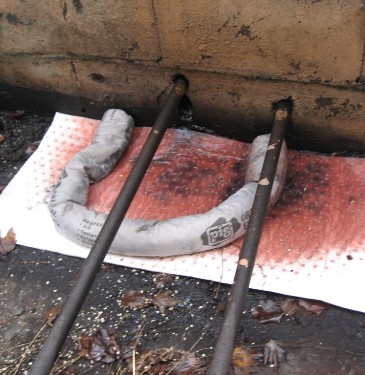 These fuel supply lines were leaking and created an emergency for Modern Dispersions. 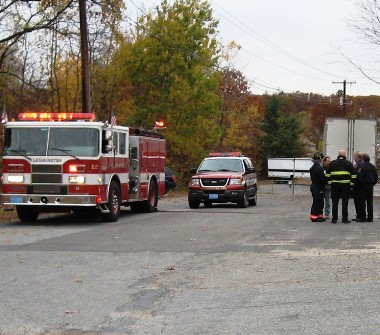 City of Leominster's Fire Department responded to the leak and tracked the emergency response provided by CommTank. 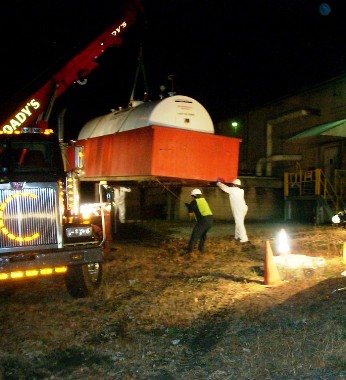 A temporary aboveground fuel tank is being set up by CommTank crews. 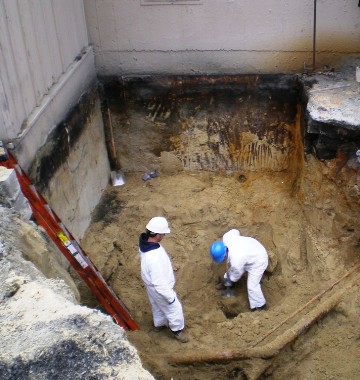 The crew is digging around buried utilities to access contaminated soil. 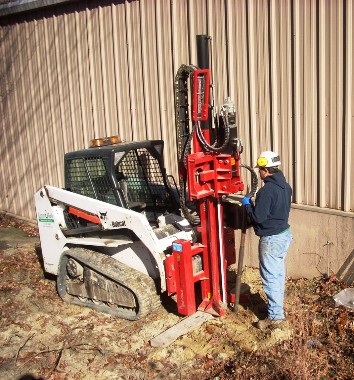 CommTank's crew working our environmental drill rig. Soil samples are taken outside the building to check for contamination. 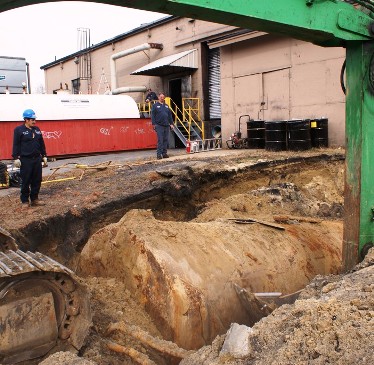 CommTank was asked to investigate a leaking pipe coming from an underground storage tank (UST) that fed a boiler at Modern Dispersion's facility in Leominster, MA. The piping was tested and determined to be leaking, a temporary tank was brought out and installed to replace the fuel provided by the underground tank. The soil around the spill was tested using CommTank's push rod drill rig. Once the area of contamination was determined, the soil was removed and backfilled to grade. A new 3000-gallon above ground tank was installed on a cement pad in this area and surrounded by cement bollards to protect the tank. The tank was also installed with a remote fill port so the oil company won't have to climb a ladder to the top a the tank. After the new tank was installed the old underground tank was removed.

We included a short video of the removal of this 2000-gallon underground storage tank for you to see the process. The fuel had been pumped out and the tank had been entered and cleaned prior to it being lifted out of the ground. Next it will be taken to a licensed tank-recycling yard.