CommTank, Inc. was contracted by a cohousing development in Berlin, Massachusetts to perform an investigation and subsequent repairs on the interior of a leaking 40,000-gallon underground concrete cistern system. 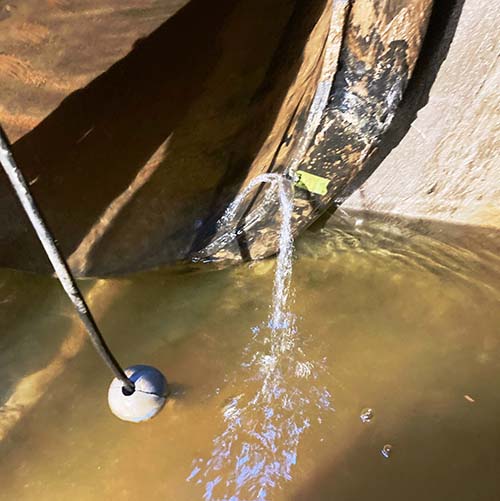 The cistern contains freshwater used to support the fire suppression system for the complex. The owner believed the cistern system had been losing water for approximately 6 years. 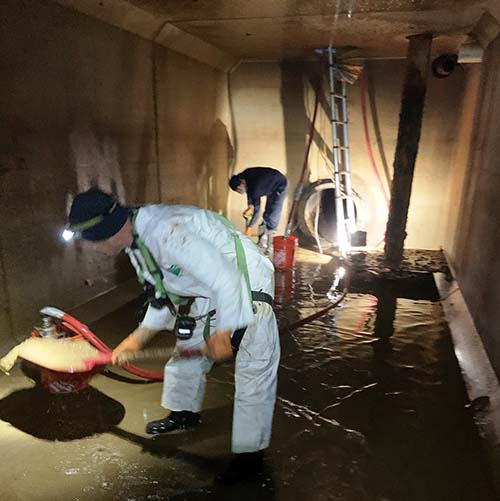 During the course of the project, CommTank consulted with a concrete cistern manufacturer and engaged the services of a remedial waterproofing engineer/contractor to assist.

The potential and actual sources of infiltration/exfiltration identified included visible cracks, areas of deteriorating concrete and mortar at the penetration of the pipe connection into the cistern and the pit, and circular, patched “depressions/openings” in the wall of the pit, presumably created during the manufacturing process for future pipe penetrations.