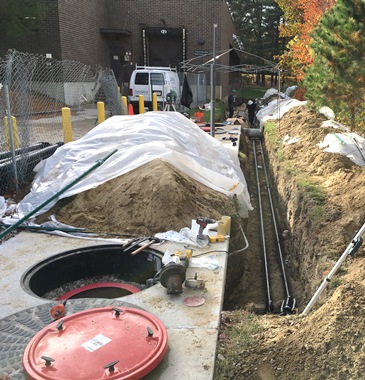 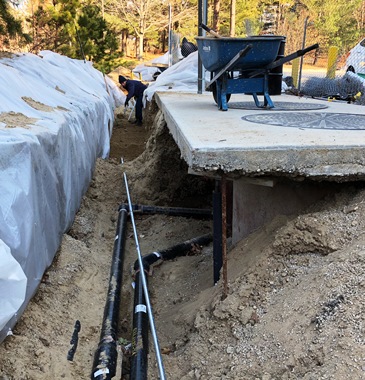 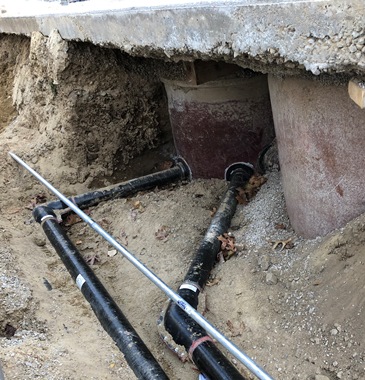 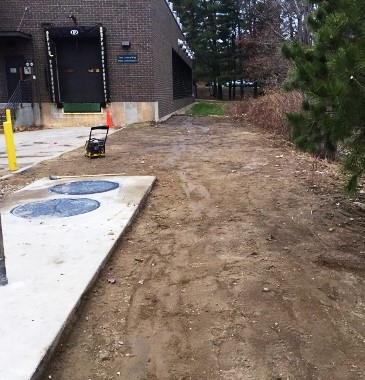 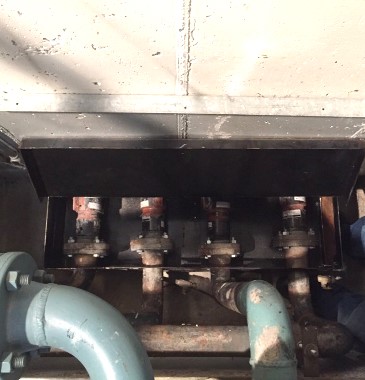 Fidelity hired CommTank to tightness test the underground tank piping because they wanted to check the pipes integrity. Four double-wall fuel piping runs connected the underground storage tanks (USTs) to the Data Facility Building and provided fuel to four large generator sets. The secondary containment for the four fuel lines was pressure tested at 10 PSI and none were able to maintain a pressure as read on the gauges (0 PSIG). CommTank crews excavated around the lines and exposed the pipe. Analysis of the pipe fittings showed an incompatible adhesive was used in the prior installation to bond the pipe joints. The adhesive had become brittle and was no longer providing a tight seal. The pipes were also compromised by a storm drain pipe installed above the pipes. Improper backfill and compaction used to install the storm drain allowed it to settle over time and apply pressure to the secondary containment of the double-wall pipe.

To avoid future problems with the storm drain, the new piping was installed 12’ deeper than the original pipe. The replacement fiberglass pipe was installed according to ‘Ameron Installation Practices for Dualoy 3000/LCX Coaxial Fiberglass Piping System with Bonded Clamshell Fittings, Bulletin 9903, FP824’. 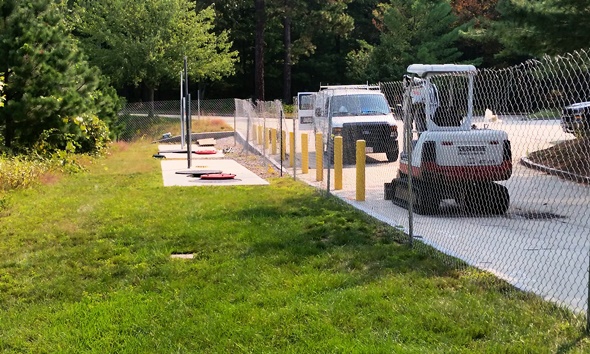 The following summarizes the steps taken to replace the fiberglass fuel piping. 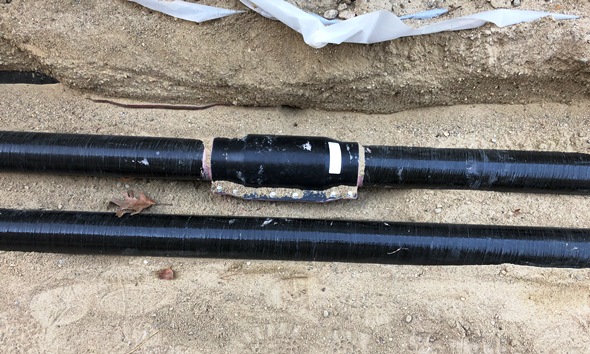 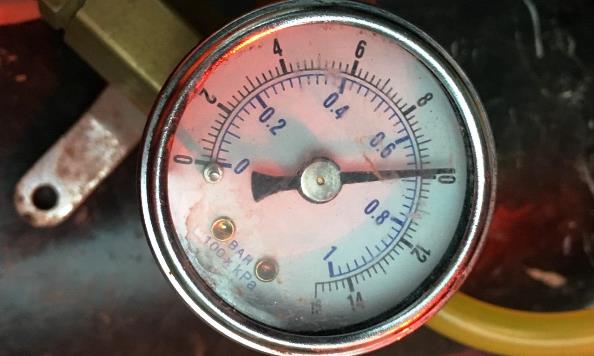