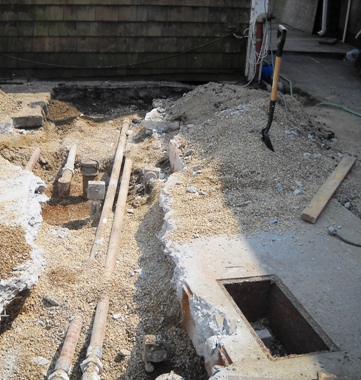 This photo shows the original UST piping after the concrete was cut and the underground tank top is exposed. 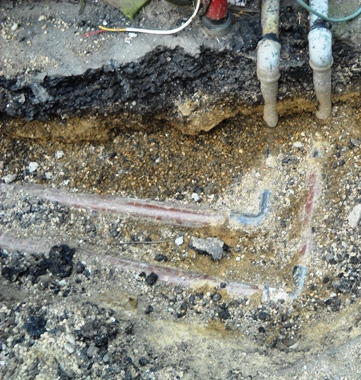 A picture of the original fuel supply piping showing the transition from fiberglass to steel. 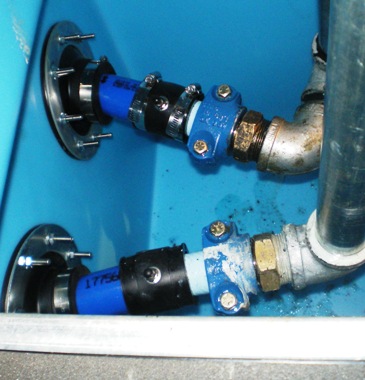 Here are the new piping transitions that were installed inside a containment sump. 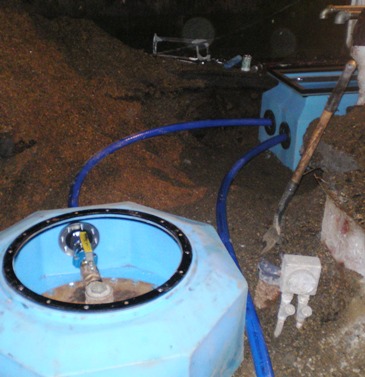 The new nylon fuel supply lines connect between the transition contaminment sump and the containment at the tank top. 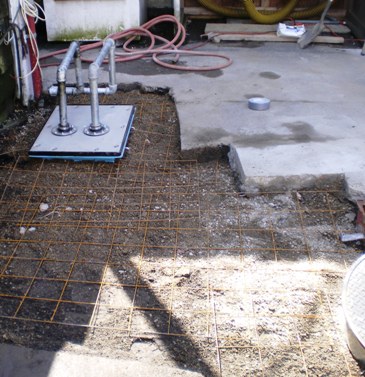 The transition sump with the new steel lines which connect to the dispenser pumps. 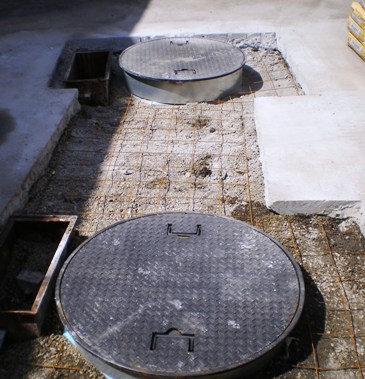 This photo shows the new tank sumps with manways installed on both 4,000-gallon underground tanks.

In August of 2010, CommTank was hired by the Marblehead Trading Company to conduct a Third Party Inspection of two 4,000-gallon Underground Storage Tanks (USTs) at their boatyard in Marblehead, Massachusetts.

The purpose of a Third Party Inspection is to make sure the tanks are up to code. At the time of the inspection Luis Diaz, state approved third party inspector, observed the following:

In order to correct the underground tank leak detection system, Mr. Diaz recommended that the existing Omntec unit be replaced with an Omntec LU-4 (capable of handling 4 sensors and 2 underground tanks). He also recommended the installation of two new containment sumps, which would be accessed by manway covers, and new double-wall piping that terminated in each sump with sensors. Additionally, the fittings on the interstitial space ports should be replaced with quick connect fittings for ease of access to test the sensors. Technically, the addition of a second sump is not required by Massachusetts’ tank regulations, but it is good practice to place threaded transitions (in this case from nylon to steel) in a containment sump. If the soil ever shifts and the threaded coupling becomes loose, fuel will be contained, and the leak will be detected.

The Marblehead Trading Company management approved the recommendations and contracted with CommTank to begin the upgrades. To prepare the tanks for the new containment sumps, CommTank crews saw cut and broke up the asphalt around the underground tank tops. They had to disconnect and remove the exiting fiberglass piping that connected to steel single-wall pipe below the surface. The new containment sumps were installed on the tank top with gaskets and the new double wall nylon supply lines were connected through each sump with entry boots. After backfilling each tank top, new concrete was poured. A new Omntec LU-4 was installed in the boat yard’s office and the 4 new sensors were tested to ensure a potential leak would be flagged with an audible and visual alarm.