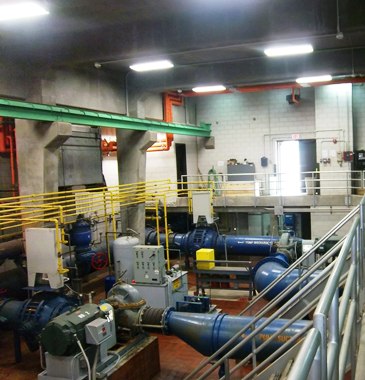 This photo shows the pump room at the water treatment plant.

We are testing the first of the 3 underground storage tanks after isolating the tank from the generator. 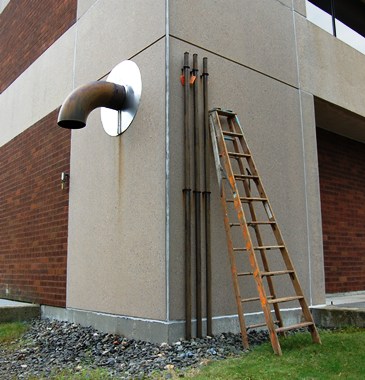 The vent lines were mounted on the outside wall of the building. We plugged the vent of the first tank before testing. 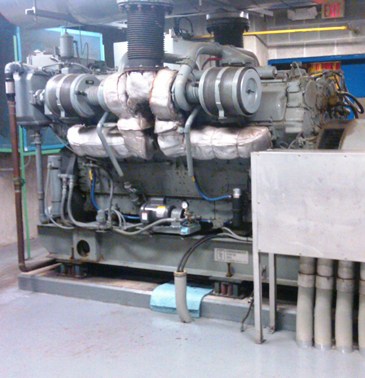 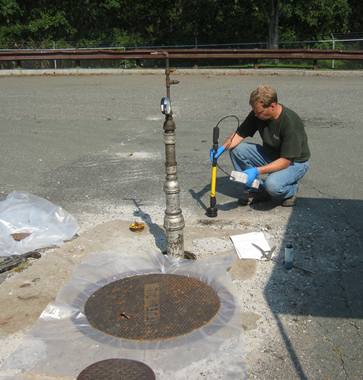 A CommTank technician is measuring for helium as part of locating the leak.

Helium was measured in the manway. We covered the opening to verify concentrations were rising only from this spot.

CommTank crews isolated the underground tank from the day tank to perform the test. The day tank holds 110-gallons of fuel and would provide 2-hours of run time in case the power went out during the tank testing. The vent pipe, fuel supply line and stick point were plugged as part of the test preparation. Fuel level measurements were taken to verify the volume of fuel in the tank. A vacuum was applied to the tank and monitored for 15 minutes for sounds of a leak. The pressure dropped during the test indicating a failure. The plugged lines were tested for leaks and none were found. 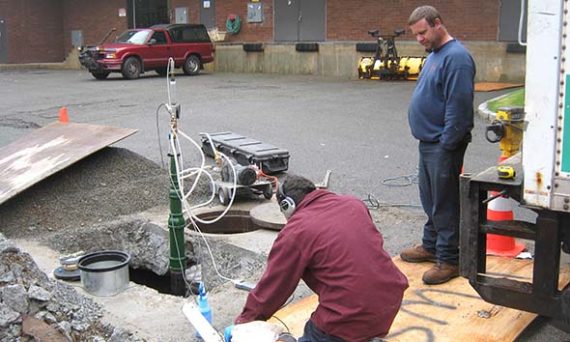 The underground diesel tank was buried at 29” inches below the surface which made inspection of the tank and pipe connections impossible. CommTank crews removed the vacuum on the tank and filled the ullage space with helium. Since helium rises we were able to isolate the location of the leak using a helium detector. The stick point was found to be leaking at the threaded joint at the tank’s top and we recommended to the plant manager that it be replaced.

If you operate an emergency generator underground storage tank and are not sure of the testing requirements, the following is an excerpt from the Massachusetts Underground Storage Tank Regulations.

“Emergency generator tanks having a capacity of more than 1000 gallons, installed before January 2, 2015 that conduct monthly tank gauging as its primary leak detection system, shall perform manual tank gauging every 30 days. These tanks and pumps shall also conduct an annual tightness test in accordance with 310 CMR 80.32.” 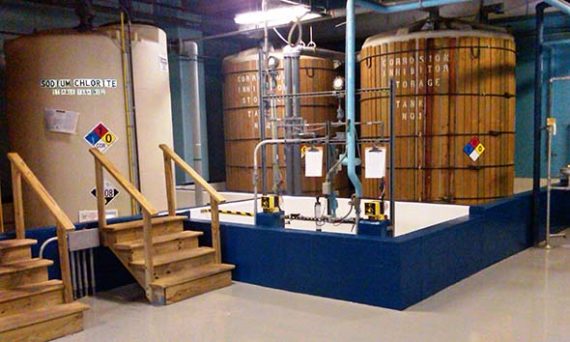