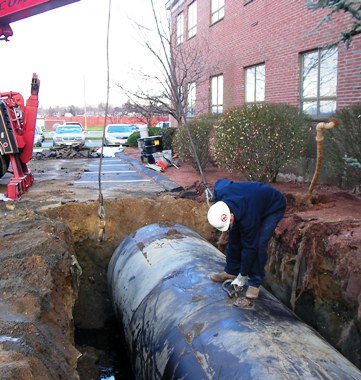 The first underground oil tank is uncovered and ready to be lifted out of the ground. 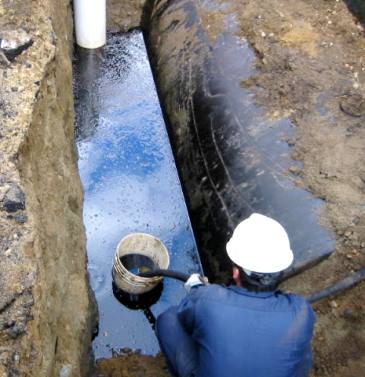 Oily water is pumped from the ground next to the 2nd tank that passed testing but still had contamination around it. 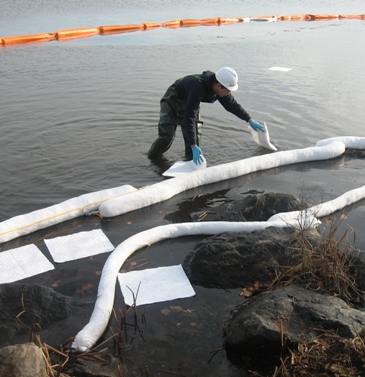 A rain storm caused contaminated groundwater to flow towards the lake. CommTank crew set out booms to contain the oil. 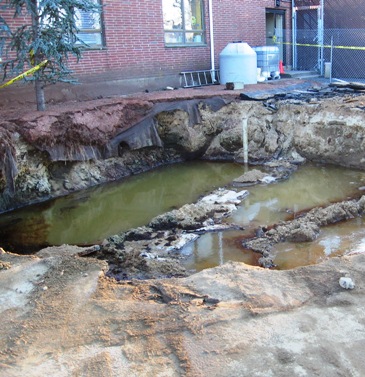 Because the underground storage tanks were next to Lake Quannapowitt the ground water levels were really high. 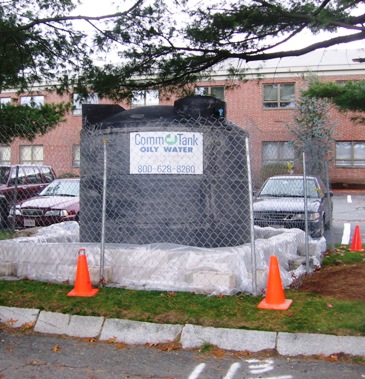 The contaminated ground water is stored in temporary aboveground tanks until they can be pumped out by a haz waste hauler.


Upon discovery of an oil tank leak at 595-599 North Avenue, CommTank was called to help assist in cleaning up. The crew was brought to the site on Lakeside Office Park’s property, though it was employees at the Verizon utility house next door who originally noticed evidence of the #2 fuel. CommTank’s Senior Project Manager, Yolanda Zavada, and crew immediately removed the underground storage tank, which was at first believed to be the source. After investigating, though, the tank showed no sign of leakage. The team also revealed several empty, inactive tanks on site.

The Verizon site is located less than 100 yards from Lake Quannapowitt, thus CommTank had to go the extra yard to ensure that no contaminated groundwater would reach the lake. A severe December rainstorm may have caused some contaminated surface rainwater to reach the lake, though no polluted groundwater arrived at it. The Conservation Commission authorized CommTank to filter and test the groundwater while CommTank obtains an EPA permit to carefully discharge the treated water. 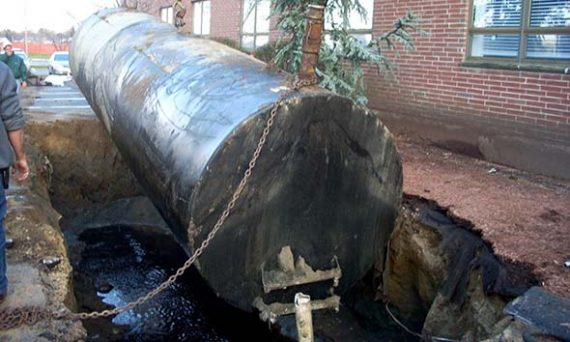 CommTank installed three recovery wells, which recovered 10,000 gallons of oily water and 200 gallons of oil, that were stored in drums on site. In addition the crew installed an oil skimming system to recover oil floating on the groundwater. The site investigation showed that the oil was confined under a building and steadily made its way out once the lake was pumped down for dredge work at the other end.  Drilling deeper to further investigate the source of oil was not viable due to the closeness of the underground utility lines.

The Wakefield Conservation Commissioner Frank Calandra asked for the installation of soil borings so that groundwater flow could be analyzed to make sure nothing traveled in the direction of the lake. 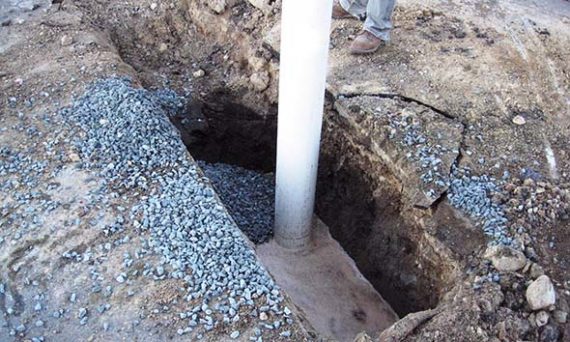