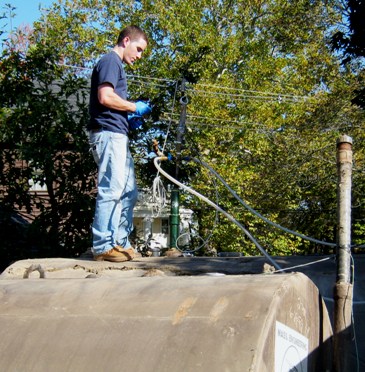 The underground fuel tank has been removed and CommTank crew starts testing the tank. 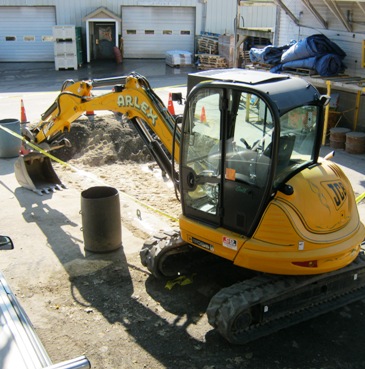 A view of the tank grave when the underground tank had been installed. 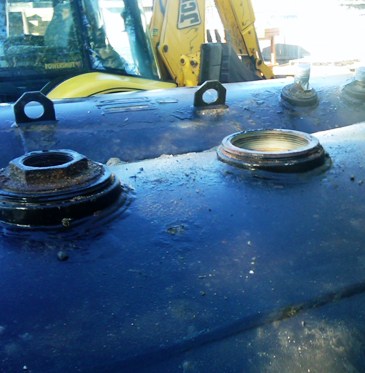 A closer look at the underground tank fittings shows that no corrosion was visible on the tank's exterior. 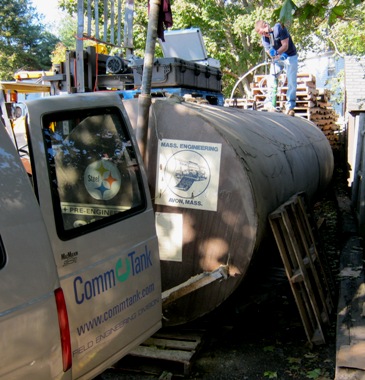 A view of the underground fuel tank with CommTank's crew standing on it with our tank testing equipment.

A forklift lifts the tank test equipment close to the tank top. Underground tanks typically have manways at ground level.

Wilson Farm is a 128-year-old family-run farm located in Lexington Ma with a second farm stand and fields in Litchfield NH. After the farm had a tank test failure during an annual test they decided to replace the diesel and gasoline underground storage tanks on site.

When the underground tanks were removed Jim Wilson questioned whether the 3000-gallon storage tanks were still under warranty because they looked in good condition. His insurance company confirmed they were and called CommTank to determine the source of the underground tank leak. CommTank had to do some preparation to test the underground tanks because they were already out of the ground. With the help of a forklift on site and four-inch plugs to seal off the tank top, we were able to test the tank and the interstitial space. Using our acoustic test we confirmed there was a breech in the integrity of the tank and our helium test pinpointed the source of the leak. The tank leak was found on the primary wall tank bottom and coverage by the insurance company was confirmed.