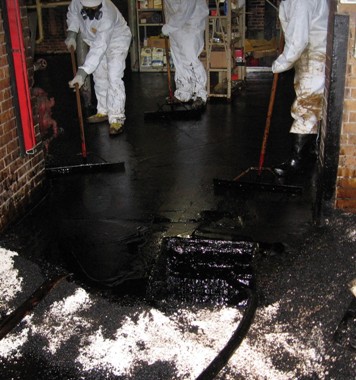 CommTank crews using squeegees to contain the fuel oil that couldn't be pumped out of the basement. 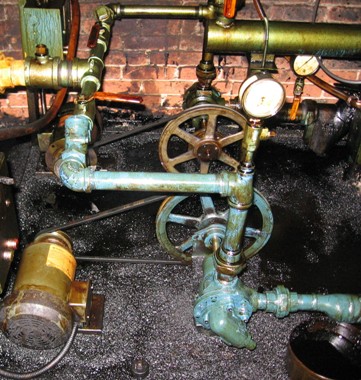 The source of the leak. Two fuel oil pumps that connect to the 20,000-gallon underground tank. 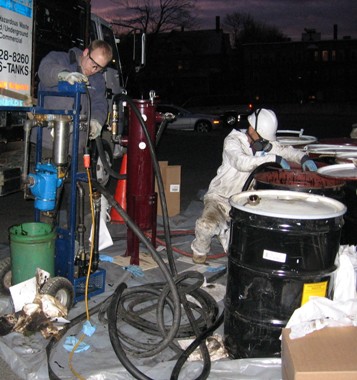 CommTank crews using fuel filters to clean the recovered oil before storing it in drums. 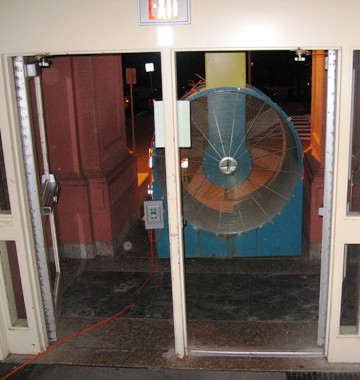 CommTank brought in a large fan to remove the oil fumes from the school.

City employees discovered the spill around 7 a.m. Tuesday morning and the few people working at SHS over the break were evacuated. Deputy Fire Chief Thomas Graney said the site was classified as a Level 2 hazardous materials site, which is for spills between 500 and 700 gallons. Fuel Oil appeared to have been released from a ruptured fuel oil boiler pressurized pump line and migrated along the floor of the building basement. Released fuel oil was found to have entered the sump drainage within the boiler room area. CommTank worked overnight to clear the fuel oil spill by the next morning.

School Superintendent Tony Pierantozzi was on site throughout the day checking on progress of the work. He said he was happy at the pace CommTank was working at and that the building could have been opened the next day if needed. The city was able to reuse the fuel which was being stored in drums and then filtered by CommTank's fuel polishing system. The environmentally friendly way of handling the fuel saved the city money and eliminated further waste disposal costs. 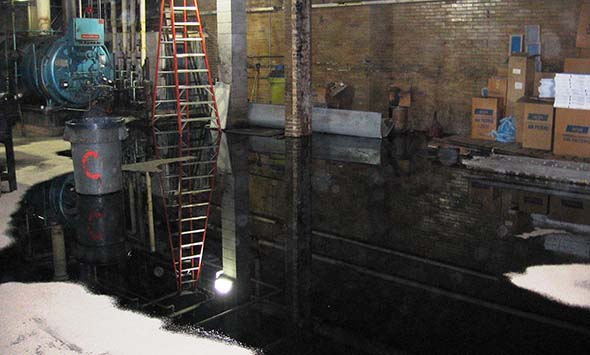