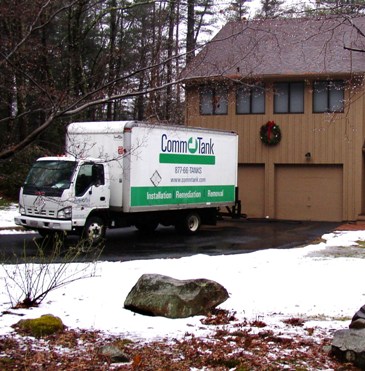 CommTank truck arrives at the home. 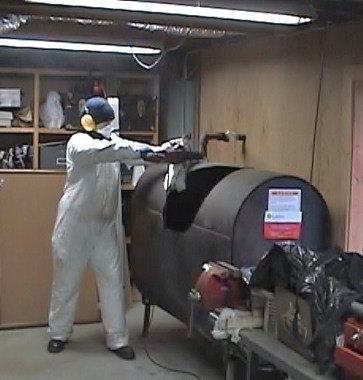 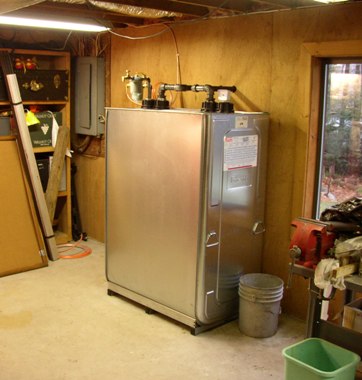 The Roth 275-gallon replacement oil tank is in position. 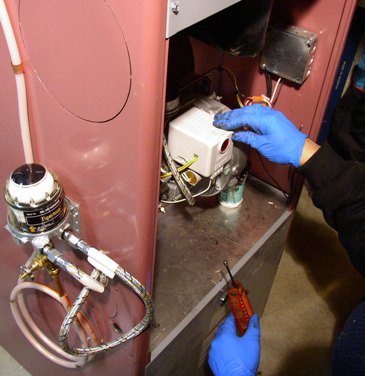 Connecting fuel lines from Tank to oil burner. A Tiger Loop de-aerator is installed to ensure a constant oil supply. 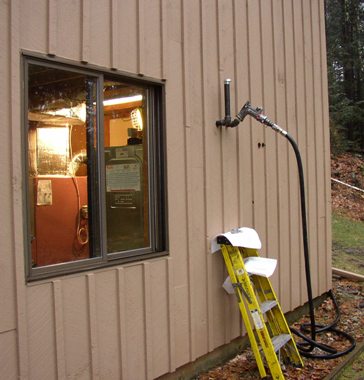 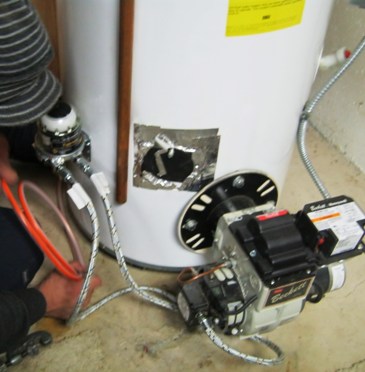 This Acton, Massachusetts homeowner had just replaced his furnace and decided it was a time to upgrade the oil tank too because the tank was original to the 40-year-old house. After talking to CommTank’s sales representative he chose the Roth Tank so he could gain some space in the basement workshop where the furnace and oil tank were located. The Roth Tank is also double walled with a polyethylene inner tank and warranted for 15 years, which appealed to the owner. Since the home is located on a pond with high humidity levels, the tank will no longer be rusting on the exterior.

CommTank installed the tank on a rainy January day. Since downtime is minimal (typically less than 4 hours) to replace a tank with a new one, the house temperature did not drop much during the oil tank replacement. The house had an oil fired hot water tank in addition to the furnace so both were shutdown before we started. The tank fill and vent pipes were removed, and the oil lines were sucked dry of fuel by the oil pump in our truck. The crew then cut a whole on the top of the tank to allow for the fuel hose to fit in. The oil was then pumped to a holding tank so it could be put back in the new tank. At this point the tank was cut and removed from the basement and cleaned of sludge. The Roth Tank was then set in place and the fuel lines were run to the water heater and furnace. To ensure safe operation, the lines were installed overhead and tiger loops were installed at both the furnace and water heater. When the piping was complete, the oil was pumped back in to the new Roth Tank, and the furnace and water heater were tested to make sure they ran properly.