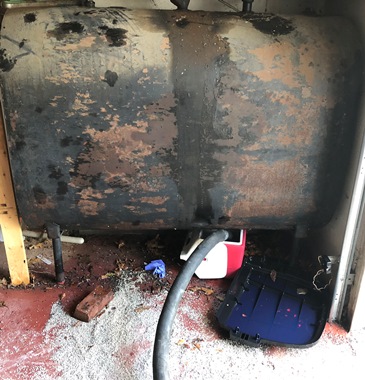 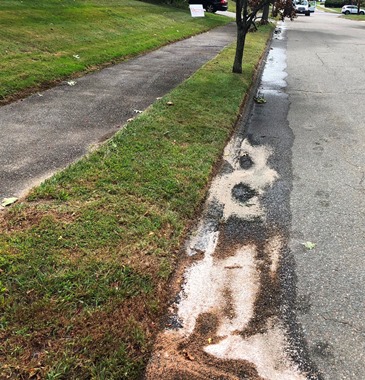 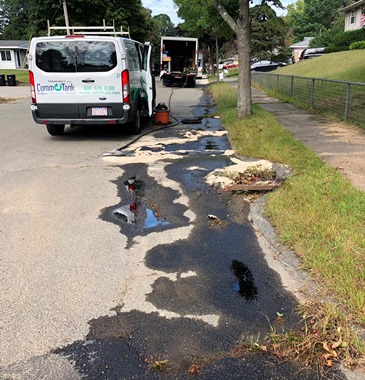 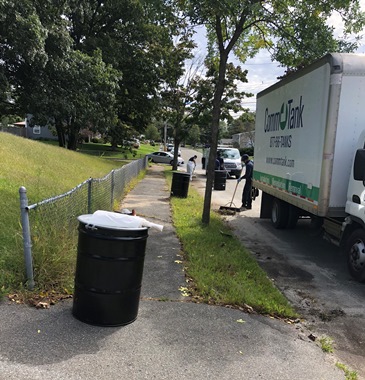 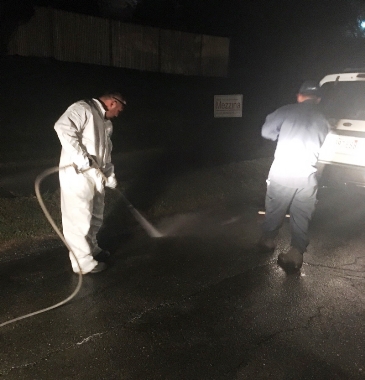 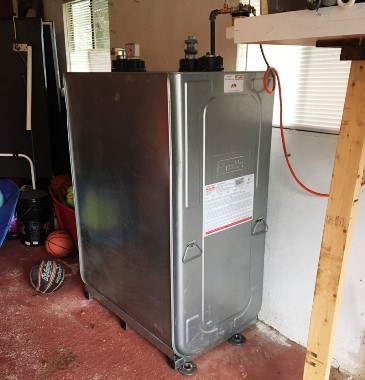 
CommTank received an emergency call from the Absolute Oil Company on Saturday, September 22, 2018 because one of their customers had an oil spill.  CommTank’s project manager went to the home and inspected the aboveground heating oil tank, located in the garage, and found that it had developed a hole on the tank bottom. Based on how full the tank was, he estimated that 200 gallons of fuel spilled out of the fuel tank, and ran down the driveway in a wide swath. After following oil puddles found in the gutter he discovered that it had traveled 275 feet down the street. 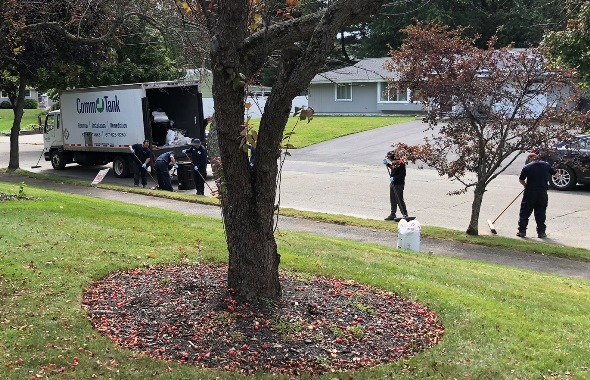 The customer works for Vermont Mutual and has a home insurance policy with them that covered the spill cleanup. Bill Simmons of Simmons Environmental Services was called and acted as the Licensed Site Professional (LSP) for the project.  The LSP examined the site and was concerned about protecting the storm drains from runoff. The MassDEP also responded to the spill and asked CommTank to power wash the street and clean out the catch basins immediately because of the rain forecast for the overnight hours. 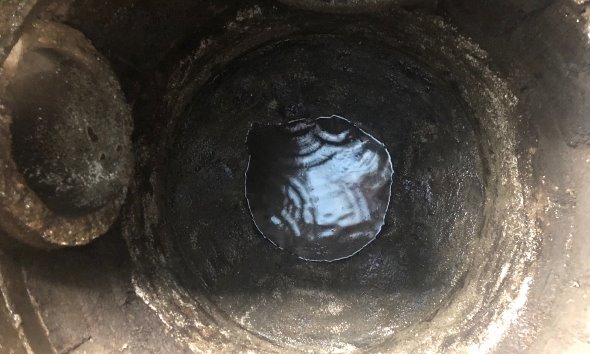 CommTank’s emergency crew power washed the pavement and street prior to the rain storm. The crew also removed oil from the catch basin and placed booms to catch any residual oil. CommTank technicians removed the leaking heating oil tank and replaced it with a new double-walled Roth tank.