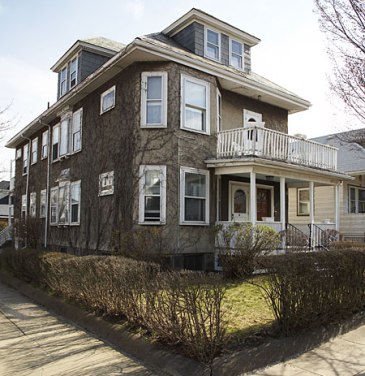 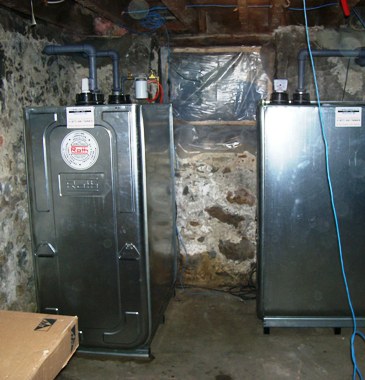 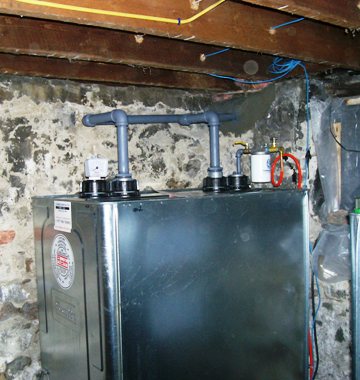 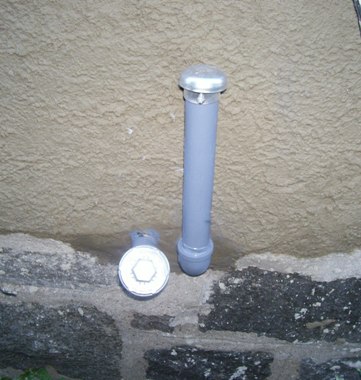 
The East Boston house was the site of the house renovation project featured in the winter segment of the "This Old House" series that took place on PBS in December 2007. CommTank is there to remove and replace 2 oil tanks.

CommTank was recommended for the job by Trethewey Brothers, Inc. of Boston, some of the most recognizable plumbers in the country. They are the plumbing and heating contractors who frequently appear on the Public Broadcasting System's "This Old House" program.

Kevin Hoag describes the two 275-gallon tanks installed at the East Boston This Old House project site by CommTank as Roth tanks. The design of the tanks minimizes the risk of a costly oil spill and cleanup. Roth tanks are double walled with the inner portion made of seamless high-density polyethylene that is leak proof and corrosion resistant. The outer tank is made of galvanized steel that is also leak-proof and corrosion-resistant, and can contain 110% of the capacity of the inner tank for maximum protection. The tanks also feature a highly visible optical leak alarm.

Was it all in a days work for Kevin Hoag and company who have removed and replaced thousands of oil tanks in the Boston Metro area?  Not quite, Hoag remarked, it’s quite an honor to have been recommended and chosen to appear on a segment of This Old House.  At CommTank we pride ourselves on the clean and efficient workmanship of our crews and it's great to receive national visibility of our efforts.

Play the video below to see our work during this episode.