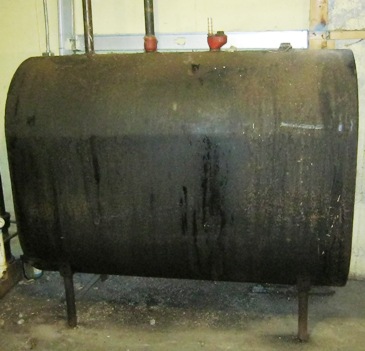 A photo of the basement oil tank before it was removed. 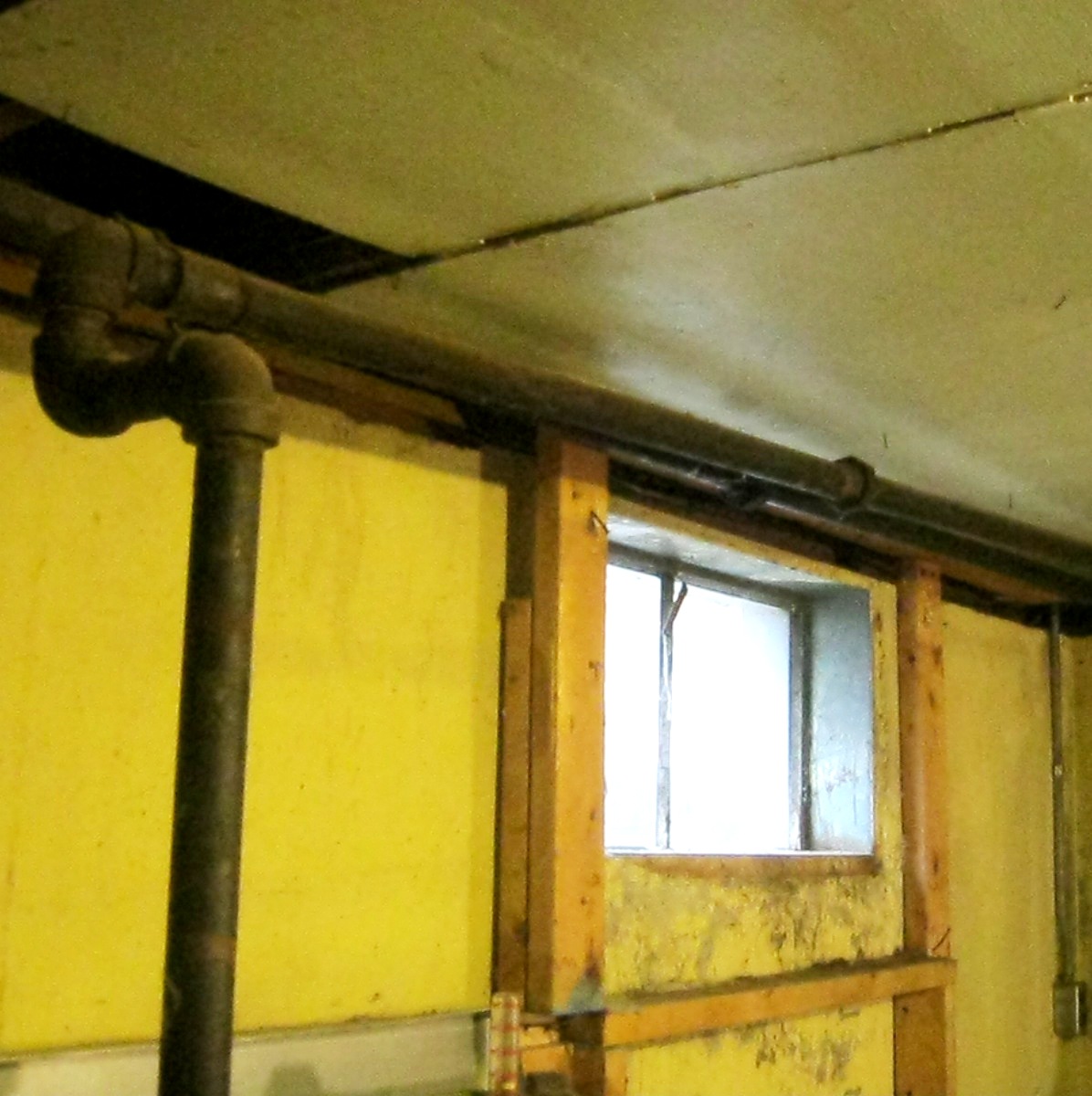 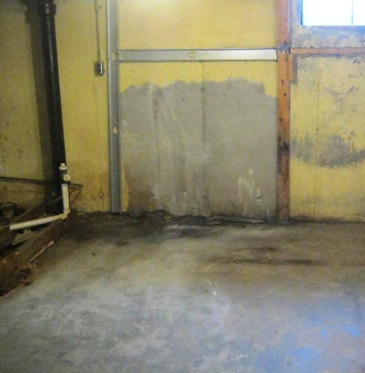 Here is the same space after the oil tank has been removed. 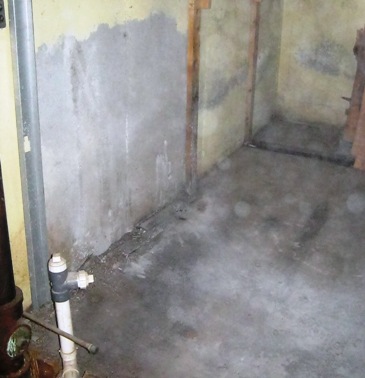 Notice that there are no oil stains or drip marks on the concrete where the tank had been. 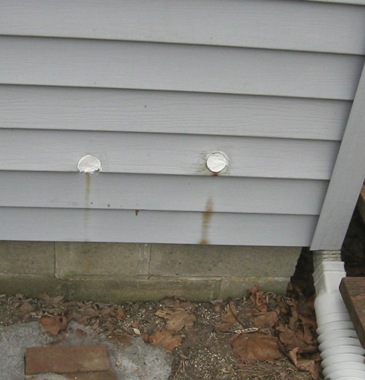 The plugged holes in the concrete as seen from the outside. The homeowner can paint the plugs to match the gray siding.

This project was unusual because the homeowner was looking to refinance his home and the mortgage company’s inspector pointed out the unused oil tank in the basement as a code violation. Homeowners in Massachusetts are required to remove unused oil tanks but are not typically made aware of the requirement during the conversion to gas. According to Massachusetts Comprehensive Fire Safety Code 527 CMR 9.02, any tank that is permanently disconnected or not in use for a period of 24 months must be removed. When this Beverly homeowner learned about this fire code violation he called CommTank to remove his unused tank.

CommTank technicians started the job by pumping any remaining oil from the basement oil tank. The house had a large addition and the oil tank vent/fill piping passed through the addition to reach the basement. Part of the tank removal work involved cutting and removing the extra pipe. To protect the basement floor, polyethylene sheeting was placed under the tank, and it was cut in half to clean out the sludge. The two halves of the oil tank were carried out of the basement and loaded in to our truck for recycling. The crew finished the tank removal by patching the fill and vent pipe holes in the foundation with cement. After the job was complete CommTank sent a completed oil tank removal permit to the Beverly Fire Department describing the size of the tank and where it was recycled.