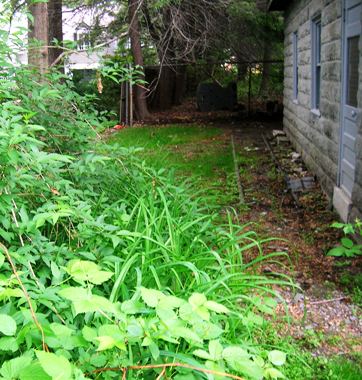 This photo shows the side of the garage where the underground tank is located. 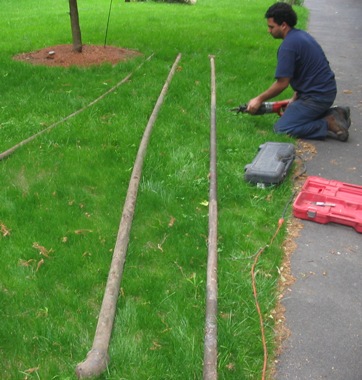 A CommTank technician removed the vent pipes that were mounted to the garage and is cutting them to smaller sizes.

A view of the underground tank with the mini excavator along the side of the garage. 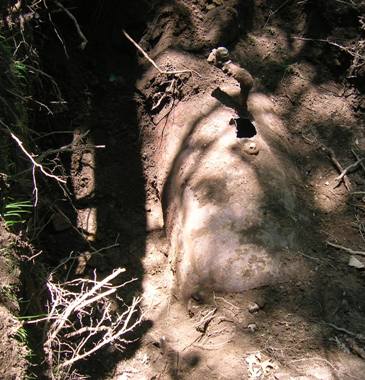 A closeup of the underground tank with the fill pipe removed. The crew can now pump any remaining fuel from the tank. 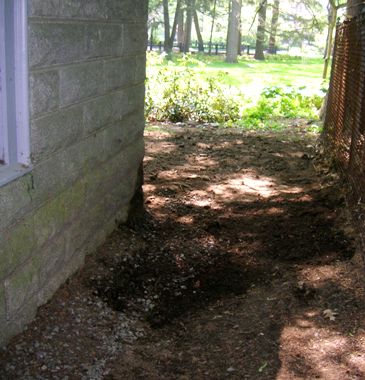 A view of the ground where the tank was removed. The crew raked the ground so that it is level and graded.

CommTank performed an underground tank removal at this home in Newton, MA. The tank had not been in use for many years. The tank was discovered when a potential buyer for the property asked about the pipes that were attached to the garage and disappeared underground. The buyer hired CommTank to investigate and we found the pipes were connected to an old gasoline storage tank.

Underground gasoline tanks were common in older homes because gas stations were not as prevalent in the early days of the automobile. We originally estimated the tank to be a 300-gallon underground tank but the crew found a 200-gallon tank when they excavated. Small underground tanks like this one can be removed and taken back to our yard to be cut, cleaned and crushed before going to a metal recycler.

Watch the video summary of the work we did.

Before the job was scheduled, a permit was obtained from the Newton Fire Department, and a Dig Safe was called in. On the day of the job, the soil above the tank was excavated, to expose the fill pipe. The pipe was rusted in place so the crew used the machine to snap the pipe off. With the pipe removed a hose could be inserted into the tank and any remaining gas was pumped out. The tank was intact when it was pulled from the ground which was great news for the property owner. Samples of the soil were taken from below the tank and screened for fuel vapor. This information was included in the UST closure report and submitted to the Fire Department. Now that the underground tank was removed the real estate sale could move forward.