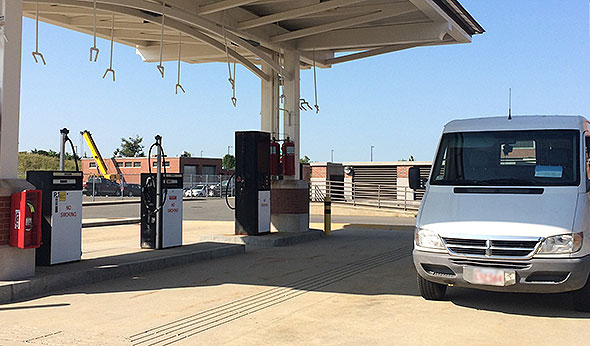 How does an agency like the MWRA benefit from a Tank Management Program?

The MWRA has 32 locations that draw fuel to power generators and equipment from 47 storage tanks. The range of technology at sites varies from fuel dispensing facilities that provide gas to staff vehicles, drinking water and waste water pump stations, and a sewage treatment plant at Deer Island.  As part of the underground storage tank (UST) maintenance program at 32 MWRA locations, 26 customers’ sites required monthly walk-through inspections.

One or more equipment differences such as the age of installation, brand of manufacturer, and the products in use for liquid storage, created a logistical challenge for facility maintenance managers. For example, fewer prerequisites exist for testing heating systems and generator fuel storage systems, than for testing gasoline dispensing systems. Underground storage tanks have more regulatory requirements as compared to aboveground storage tanks. Six distinctive brands of leak detection systems monitor the MWRA storage tanks and four underground tanks are oil -water separator systems. These complexities and the EPA requirement to maintain UST operator training provided incentive for the MWRA to implement a storage tank management program.

What is covered in the MWRA Storage Tank Compliance Program?

Other services we provided for this tank management program included:

This storage tank compliance program prepared the MWRA facilities for the tri-annual compliance certification process as required by MassDEP CMR 310 CMR 80.00 and covered in this compliance assistance guide.

During the first year of inspections performed for the MWRA compliance program, we found 23 of the 26 sites had minor items that needed correction. The initial walkthrough inspections for the underground tanks found spill bucket covers for numerous tanks were damaged or missing. This is a common issue when spill bucket sumps are the older style and can be removed by plows performing snow removal.  The initial walkthrough also made recommendations to deploy emergency spill kits at facilities where they were found to be not present. Spill kits are recommended to contain and mitigate fuel discharges and are required at facilities that have EPA Spill Prevention Control and Countermeasure (SPCC) Plans.  A few tank sumps had cracks or corrosion and sensors did not trigger alarms when tested for fluids. 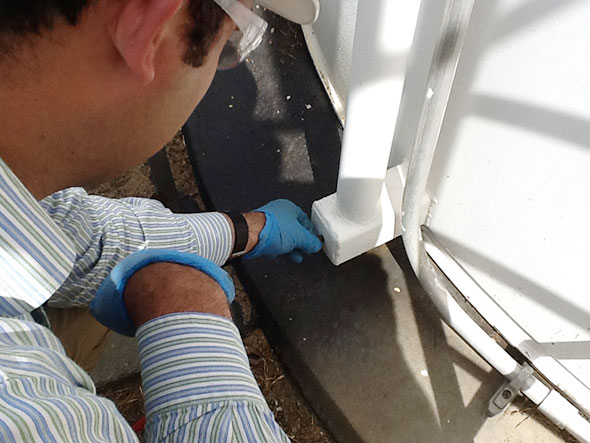 False alarms are another issue we encountered. Sometimes it is triggered by water entering a piping sump that doesn’t have a proper gasket. A failed sensor could also set off an audible and visual alarm. We found tanks that had disconnected or faulty sensors that required further investigation to return them to full function. 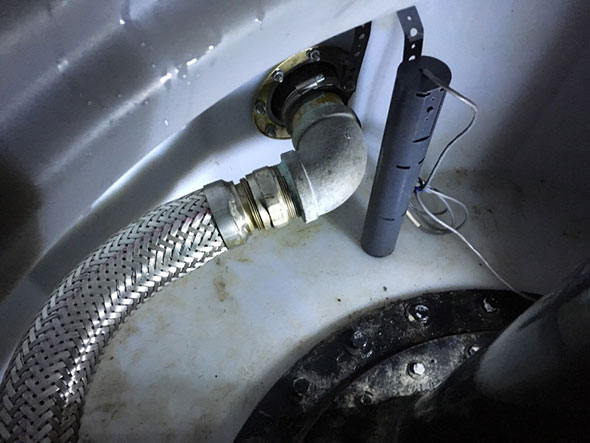 Make sure to set UST sump sensors to the correct level

Underground storage tanks are located in corrosive environments due to the nature of underground installations. They are in constant contact with soil, water, and concrete which present a corrosive mix to steel products. This is why it’s important to stay on top of your underground storage tank maintenance. A tank compliance program will ensure your system is doing its job as a spill prevention countermeasure.

Through the monthly inspections, CommTank’s project manager identified the storage systems issues, prioritized the problems based on recurrence (e.g. calls due to alarms), and proposed upgrades that would reduce the number of service calls and maximize the reliability of the system in a cost-effective way. An example of a cost-effective solution occurred at the DeLauri Pump Station. CommTank fielded numerous calls for alarms indicating fluid in the tank sump. UST piping sumps are designed to shed surface water and be water-tight but aren’t designed to be submerged. Soil had clogged the gravel around the sump resulting in poor drainage. CommTank’s knowledge of proper UST installation techniques enabled us to find an innovative long term solution that kept costs down.  The repair involved removing the gravel and replacing it with new gravel, upgrading the sump, and pouring a cement pad.

Setting the form with rebar for a new concrete pad

Massachusetts regulations for spill buckets and tank sumps were updated in 2015. All spill buckets and sumps (including dispenser sumps) have to be tested hydrostatically to confirm they hold fuel in the event of a release. During testing at the MWRA facilities, six of the underground tanks failed the spill bucket integrity test. New spill buckets were ordered to replace the failed ones and upgraded when the facilities could be taken offline.

Regulations also changed in 2015 for Enhanced Vapor Recovery (EVR) and MassDEP now requires Stage I recovery systems at gasoline dispensing facilities instead of Stage II. Four MWRA facilities are affected by this regulation and were updated in 2013 to Stage I systems. The Stage I systems require weekly visual inspections that check for shear valves (shutoff valves that split off when a vehicle impacts the dispenser) defective hoses, p/v vent caps, obstructions to vapor holes and signs of fuel in the dispenser sumps. If these regulations are not followed accordingly, the MWRA could be subject to significant penalties. MWRA personnel trained by CommTank conduct these inspections to ensure the integrity of the Stage I systems and to ensure compliance with the MassDEP regulations.

The second requirement for Stage I systems is yearly component testing. CommTank’s certified technicians performed this test (US EPA Method 27) and confirmed the system achieves a 95% emissions reduction rate. The testing at each site varied based on the equipment installed. We keep records of each test and submit reports to the facility managers. 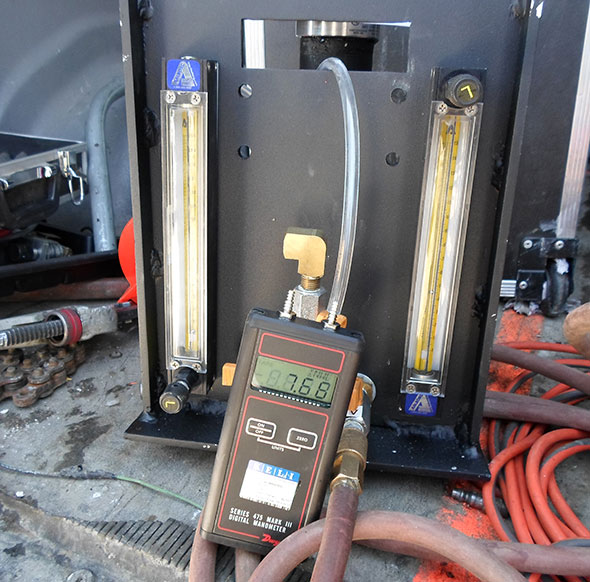 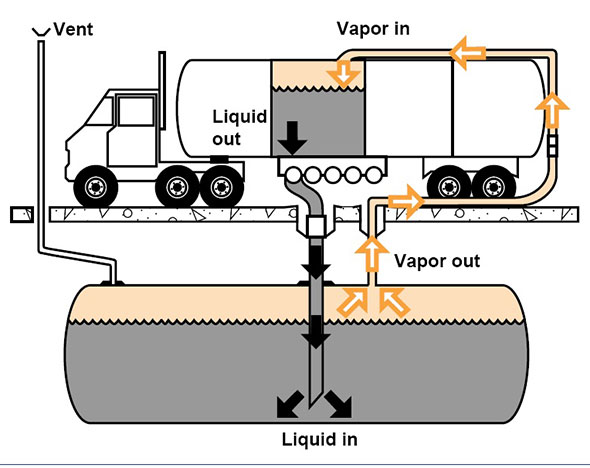 Stage I vapor recovery returns gasoline vapors from the service station’s underground tank system back to the tanker truck during product delivery.

As part of the contract with the MWRA, CommTank is required to respond to emergencies within 2-hours. In September of 2015, one UST site had an indication of a leak, as reported by their automatic tank gauge. A CommTank technician responded and investigated the problem. The tank had a small amount of water in the interstitial space (the empty void between the inner tank wall that holds the fuel and the outer wall that is exposed to the soil) which required a pump out and resetting the sensor. Water accumulation in the interstitial space can occur due to the buildup of condensation and is considered a false alarm.

On a second occasion, the sensor indicated water present and triggered the alarm. CommTank recommended a tank tightness test to prove the integrity of the outer tank wall. The MWRA approved the test recommendation and CommTank’s technicians performed the test which showed the tank was sound. We then ordered and replaced the interstitial space sensor and solved the false alarm issue. 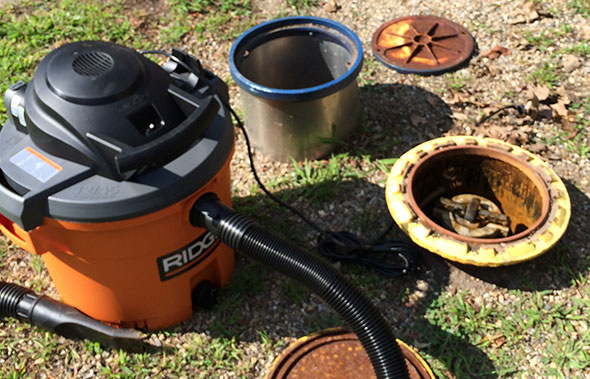 Water is removed from tank sump

In the first year of the contract, CommTank responded to 31 alarm reports, but by the third year through the diligent efforts of CommTank and MWRA to identify and rectify deficiencies in the tank systems the number had been reduced to 16.

Third-Party Inspections are required tri-annually for underground storage tanks. The MWRA’s inspection was due 2 years into the contract with CommTank. A Third Party inspector evaluated the 26 underground storage tank facilities over a two-month span in late 2016 and early 2017. No compliance issues were noted. Any faulty equipment had been identified and corrected by CommTank during monthly walkthrough inspections; each UST system had its monthly inspection reports, certifications, permits, and proof of financial responsibility ready for the third-party inspector.  The benefits of having a tank management program are evident in the ease and successful completion of a Third Party Inspection.

Testimonial from the MWRA Manager 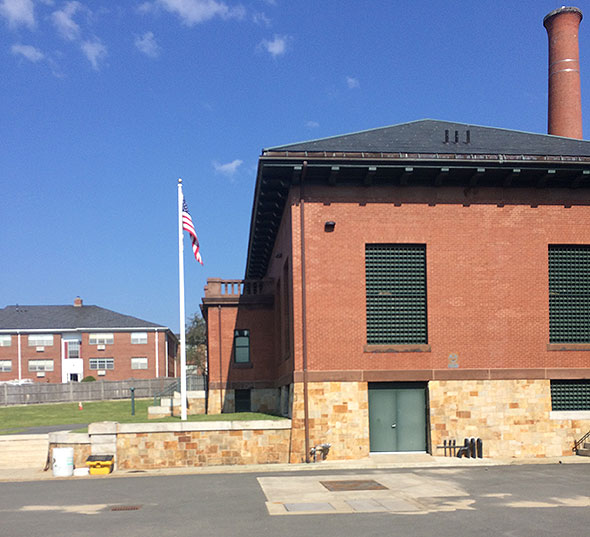 ‘CommTank has had an underground storage tank maintenance and inspection contract with the MWRA since July 2014.  During this time period, they have provided a superior and cost-effective level of service.  We are highly satisfied with their work and look forward to working with them in the future.’