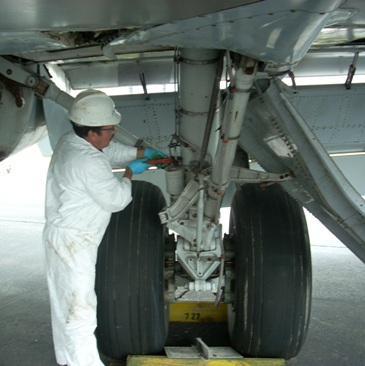 One of our crew is loosening a hydraulic line fitting in order to drain them. 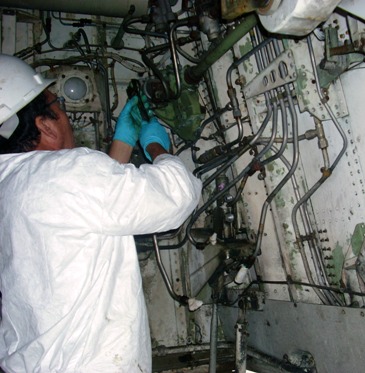 In order to drain the hydraulic fluid all the junction points had to be opened.

A panel beneath the wing gave us access to the control lines. 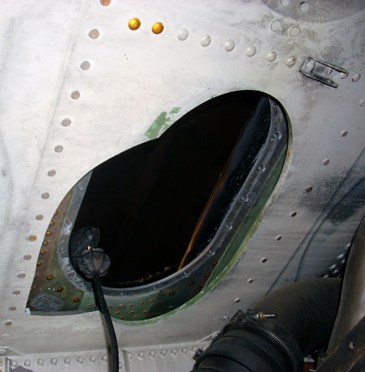 Fuel from the wing tanks was drained into drums. 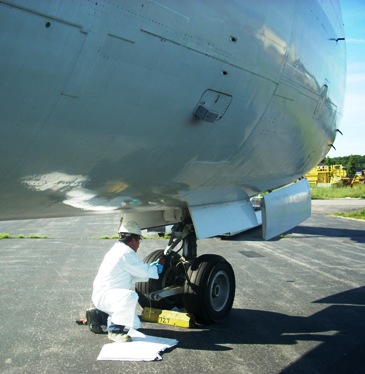 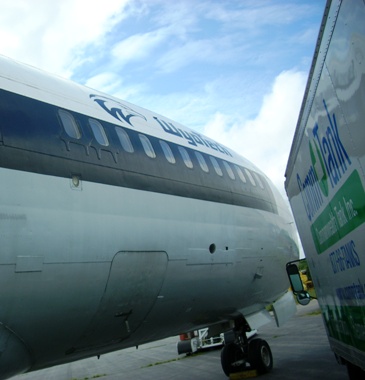 CommTank's box truck parked next to the plane in order to pump out the jet's fuel tank.


LVI Environmental Services recently contracted CommTank to decontaminate a Boeing 727 located at Hanscom Air Force Base before it would be disassembled for salvage.

The Boeing 727's engines had been previously removed but the hydraulic fluid and jet fuel were still within the fuselage, wing sections, and landing gear. The onboard fuel storage tanks also had to be cleaned and removed. Getting fuel out of the tight quarters of an aircraft can be tricky but it was easier due to the crafts future destination as scrap metal. The hydraulic lines were cut and drained using compressed air to push the remaining fluid from the lines. The remaining jet fuel was removed from the on-board tanks, containerized, and transported off-site. All fluids and jet fuel were then disposed of at an appropriate licensed disposal facility. 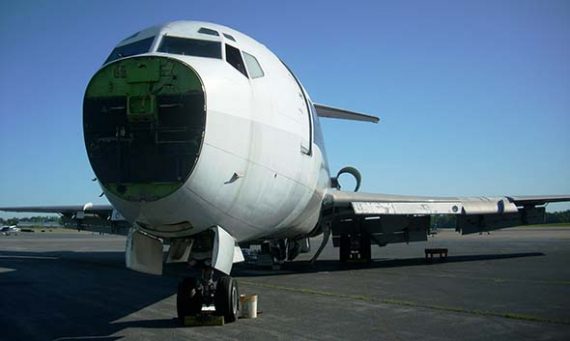